Lalit Shastri A viewpoint by Yu Ning published on Global Times, a Chinese mouthpiece, on 4 July 2020 unashamedly concludes that the nature of the Galwan Valley clash will not […] 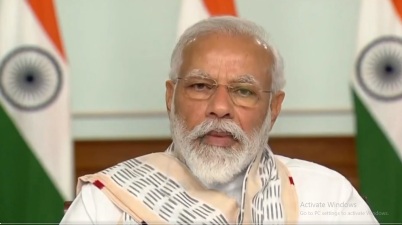 We will give a befitting reply if provoked: Prime Minister Narendra Modi on Chinese treachery at Galwan valley

Newsroom24x7 Network New Delhi: India’s Prime Minister Narendra Modi on Wednesday 17 June assured the Nation that the supreme sacrifice of the Indian soldiers, who laid down their life protecting […]

Newsroom24x7 Network It is the 199th Coronation Day of Maharaja Gulab Singh – the founder of Jammu and Kashmir. On this day in 1822, his Coronation took place at Jio […] 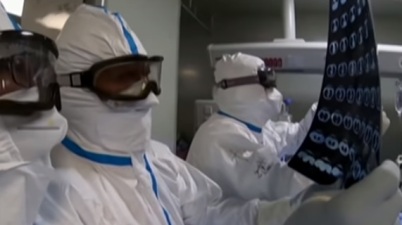 Wuhan is the epicentre of COVID 19; China should be taken to ICJ

By Maj Gen Rajiv Narayanan Even as this paper is being written, the worldwide coronavirus cases have crossed 7,20,00 and the deaths crossing 33000. This pandemic is likely to have […]

Newsroom24x7 Network In January this year, China had sought an apology from the Danish newspaper Jyllands-Posten and Danish artist Niels Bo Bojesen for publishing an image of the Chinese flag with […]

Latest update from China on Coronavirus

Newsroom24x7 Network New Delhi: When Air India is on sale and the Government of India even has released the Preliminary Information Memorandum (PIM) for inviting Expression of Interest (EOI) from […]

Newsroom24x7 Network Moscow: Iranian Foreign Minister Mohammad Javad Zarif has drawn world attention to a new power equation by stating here on Monday that contrary to US, the Islamic Republic […] 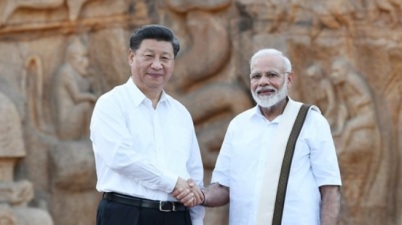 Newsroom24x7 Network Chennai: Prime Minister Narendra Modi and Xi Jinping, the Cinese President, on Saturday 12 October have issued a joint communique at the end of the two-day 2nd India-China […] 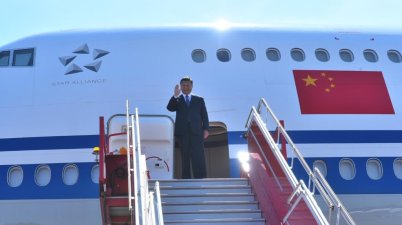 Chennai Informal Summit: Walking the path for the Asian Century

Women’s Hockey: India holds China to a goalless draw, makes it to the final of Olympic Test Event

Newsroom24x7 Network Tokyo (Japan):  Goalkeeeper Savita  brought off some stunning saves  as India held China to a goalless draw and  made it to the  final of the Women  Hockey Olympic Test Event at […]

Pakistan and China gang up on Kashmir

Newsroom24x7 Network This brilliant cartoon, floating freely on social media, says it all. With due acknowledgement to the creator and publisher, and respecting their copyright, we are reproducing it.

India’s stand on Security Council meeting: All issues between India and Pakistan will be resolved bilaterally

Newsroom24x7 Network One State is using the terminology of jihad and promoting violence in India…… violence is no solution to the problems that all of us face…. matters relating to […]