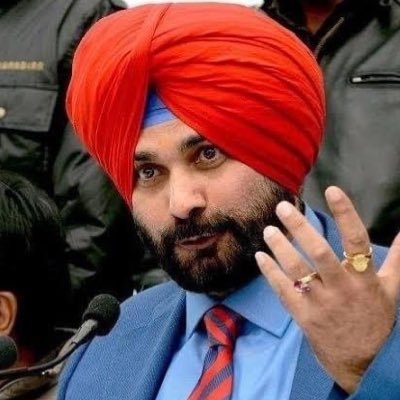 In a letter to Congress president Sonia Gandhi, Sidhu, said he will continue to serve the party.

“The collapse of a man’s character stems from the compromise corner, I can never compromise on Punjab’s future and the agenda for the welfare of Punjab,” he wrote adding: “Therefore, I hereby resign as the president of the Punjab Pradesh Congress Committee. Will continue to serve the Congress,” he further wrote.

Reacting to Sidhu’s resignation former chief minister Amarinder Singh said the cricketer-turned-politician is “not stable” and “not fit” for the border state.

“I told you so…he is not a stable man and not fit for the border state of punjab,” Amarainder Singh tweeted.

Sidhu was behind the ouster of Amarinder Singh\as chief minister earlier.

Riots had happened in Gujarat. Narendra Modi had been appointed Chief Minister just a few months ago. He had been parachuted into the State of which he had no experience because the local party machinery was rift with feuds and corruption, much like their opponents in the Indian National Congress.

The first challenge before Modi was to contain the riots, ensure that justice was done and provide people with the necessary moral support so that they may overcome the trauma of the riot.

Prime Minister Atal Bihar Vajpayee arrived in Gujarat to counsel Modi. ‘Stick to Raj Dharma’ Shri Vajpayee said. Modi of course did whatever he thought was needed to be done. He was no mass leader. Yet, he reached out to people. Talked to them. Convinced them that no injustice would be allowed to go unpunished. And of course he put extraordinary pressure on the government machinery to ensure that justice was done to everyone, that government help reached to all in a fair and just manner.

The big test for Modi came when elections were declared a few months later. At the advise of Modi the BJP decided to launch the election campaign from a far-off tribal village, especially one that had never ever voted for the BJP before. Mr. Vajpayee and Mr. Advani had to be convinced that this was a good idea. For both of them the most important thing was that going to a distant village would be traumatic. The living conditions in these far off tribal villages were really not up to the high standards of comfort that both the ageing leaders had come to expect. Moreover, these forest villages had extreme weather conditions. That was one of the reasons why only a small number of tribals lived here and everyone else migrated to the towns.

At Modi’s insistence, the start of the election campaign from this remote tribal village was tom-tomed as a great event. Not too many journalists, though, bothered to come here to cover what they imagined to be a non-event. One who did come was a strong Congress supporting journalist who ended up in Chandigarh later on. His report in the Times of India gave a glimpse of things to come. After giving a thick description of the gathering in the tribal village, Harish Khare reported that Narendra Modi, the chief minister of Gujarat got up to speak. The crowd listened to him in rapt attention. Then they walked off. Very few waited to hear the Prime Minister of India or the most powerful man in the BJP.

Harish Khare effectively noted, and I think this is the first such note, that maybe Vajpayee and Advani have had their day. The next big leader on the national stage in India is going to be Narendra Modi.

The only ones to take note of Khare’s observations were the top leaders of the Congress party. They began to target Modi. Much to their dislike, despite their best efforts, once Modi did declare his intention to take on national level responsibilities, the people of India, in large masses, came forward to help him become the Prime Minister of India. 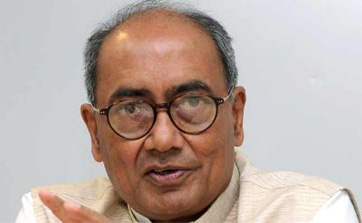 New Delhi: In a Club House chat, senior Congress leader Digvijaya Singh told a Pakistani journalist that if Congress comes to power they will reconsider the decision of abrogating Article 370.

Amit Malviya National In-charge BJP’s IT Department revealed this by sharing on twitter earlier on Saturday 12 June the audio of Digvijay’s clubhouse chat with Shahzeb, a Pakistani journalist, and others.

Digvijay has come under sharp attack over his remarks on J&K and Article 370.

Former Madhya Pradesh Chief Minister and ex-Union Minister Uma Bharti, who had led BJP to power in Madhya Pradesh defeating Digvijay Singh in 2003 has reacted sharply and said in a tweet “the statement of Digvijay regarding Article 370 in Kashmir is against the unity, integrity and sovereignty of India. This  puts the patriotism of Digvijay Singh and the Congress party in doubt.”

Ms Bharti has asked the entire Congress party to clarify its views on this.

The transcript of the Clubhouse chat is as follows:

“Democracy was not there in Kashmir when they revoked article 370.Then Insaniyat was not there because they put everyone behind bars and “Kashmiriyat” is something which is basically the fundamentals of secularism because in a Muslim majority state, there was a Hindu Raja and both worked together. in fact the reservation in Kashmir was given to the Kashmiri Pundits in government services. Therefore the decision of revoking article 370 and reducing the statehood of J&K is extremely a, I would say, sad decision and the Congress party would certainly have to have a relook of this issue.”

Film maker and social activist Ashoke Pandit said in a tweet on Digvijay Singh’s Clubhouse chat that “kashmiriyat” was and is a big farce in Kashmir. It was used to hide their hatred towards us (Kashmiri Pandits). Congress has always defined democracy with killings, rapes & genocide.

New Delhi: BJP’s latest allegation that a Congress toolkit was being used to malign the image of Prime Minister Narendra Modi and the BJP led NDA Government over the handling of the COVID-19 pandemic has blown a big political storm with the Congress going on the offensive and accusing the BJP of fabricating documents by using the Congress letter head to spread lies and misinformation.The Congress party has even lodged a police complaint against top BJP leaders, including party President JP Nadda in this matter.

The issue was flagged initially by BJP spokesperson Sambit Patra who on Tuesday 18 May tweeted: “Friends look at the Congress ToolKit in extending help to the needy during the Pandemic! More of a PR exercise with the help of “Friendly Journalists” & “Influencers” than a soulful endeavour. Read for yourselves the agenda of the Congress.