Tapan Misra On the announcement of a slew of reforms in the Space Sector by Finance Minister Nirmala Sitharaman, distinguished scientist and Advisor with the Department of Space Tapan Misra […]

India must seize the unfathomable opportunity

Tapan Misra Crying headline indicates the inevitable staring at us, Indians desirous to be part of global workforce. 2018 to 2020 saw two events which are going to redefine the […]

Newsroom24x7 Network Bengaluru: Infosys on Friday dismissed an employee who had shared a post on social media urging people to spread COVID 19. Late on Friday night, he was also […] 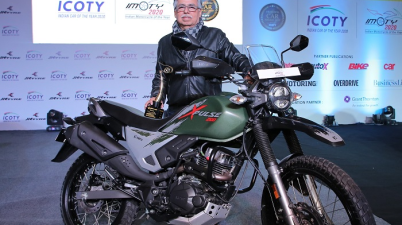 Newsroom24x7 Network New Delhi: E-commerce can become a driver of growth across South Asia and boost trade between the region’s countries, but its potential remains largely untapped, says a new […]

Niranjan Hiranandani Mumbai: The Indian Government has been coming up with measures to boost GDP figures, and a lowering of the repo rate was expected over concerns that growth momentum […]

Neither Centre nor the State Government has bothered to comprehensively assess the ramifications of the Union Carbide gas disaster; Bhopal victims are haunted by tardy pace of criminal proceedings

N.D. Jayaprakash, Co-Convener, BGPSSS raises crucial issues on behalf of his organisation on the 35th Anniversary of the Union Carbide Bhopal gas leak disaster The escape of about 40 tonnes […]