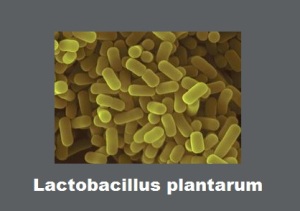 New Delhi: It is well known that human gut is home to hundreds of bacteria. Now a group of Indian scientists have isolated an edible bacterium that promises to help deal with vitamin-B12 deficiency.

Dr Bharat Bhushan, a member of the research team told India Science Wire that both the strains are safe for human consumption in the form of any food formulation. “The vitamin B12 producer bacteria isolated from human milk sample highlights the positive role of breastfeeding for healthy gut of infants,” he added.

B12 is a water-soluble vitamin that has a key role in normal functioning of brain and nervous system, and formation of red blood cells. It is involved as a cofactor in a variety of enzymatic reactions in humans and its deficiency causes hematological, neurological, psychiatric and cardiovascular manifestations. It is estimated that B12 deficiency is common in Indian population and its supplementation in the form of food or other product could help alleviate the situation.
Researchers said the use of vitamin-producing edible micro-organisms will be advantageous as it will offer a natural and economically sustainable alternative to elevate vitamin concentration in food. “Such novel vitamin B12 producing strains can be exploited in future for increasing B12 content of the deficient food bases using bio-fortification strategy,” researchers said.