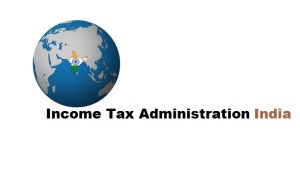 New Delhi: There is seething discontent and anger among a vast section of officers responsible for delivery of taxpayer services in India due to the modified format of the Annual Performance Appraisal Report (APAR) of the Assessing Officers (Income Tax Officers as well as Assistant Commissioners and Deputy Commissioners of Income Tax) for the reporting year 2015-16.

Earlier this year, the Union Finance Ministry had issued a statement putting in the public domain that the Annual Performance Appraisal Report (APAR) of the Assessing Officers has been modified for the current fiscal to bring about greater accountability in assessment functions.

A Finance Ministry statement on 8 January 2016 said the Income Tax Department is committed to the objective of timely delivery of quality taxpayer services in a fair and transparent environment.

The Income Tax officers feel extremely offended by the modified APAR form and think that it is discriminatory and lacks rationality. The Income Tax Gazetted Officers Association (ITGOA) has written to the Central Board of Direct Taxes pointing to wide chinks in the mechanism that has been introduced to improve the delivery of quality taxpayer services.

On the new format of APAR introduced exclusively for DCIT/ACIT and ITO (Assessing Officer only) and released on the IRS officers’ online portal on April 5, 2016 for the period 1 April 2015 to 31 March 2016, the ITGOA has pointed out that, technically speaking, apart from the ITOs/ACsIT/DCsIT, the Pr. CsIT (Admn.) and CsIT (Appeal) also have been vested with the power of assessment (though in restricted terms) as per the statute and they are also given definite time bound targets for disposal in every Central Action Plan. Hence ithas been argued by ITGOA that since clear-cut time bound targets are also entrusted to specific wings like Investigation, TDS, Exemption, I & CI, Audit etc. and various directorates in each year’s Central Action Plan. In case the Authority decides to continue with the additional columns in the APARs meant for the Assessing Officers, such additional columns should have been introduced in the APARs of the Pr. CsIT (Admn.) and CsIT (Appeal) also.

Hence the decision to introduce new columns only for the Assessing Officers is creating dissatisfaction amongst the officers and is detrimental to the work force of the Department that is engaged in the core functions and interface to the Public at large, it is being pointed out.

The objective of writing APAR has been defined in the General Guidelines for filling up APAR. The Gudelines underscore that performance appraisal should be used as a tool for career planning and training, rather than a mere judgmental exercise. Reporting Authorities should realize that the objective is to develop an officer so that he/she realizes his/her true potential. It is not meant to be faultfinding process but a development tool.

Taking off from this part of the guideline, the ITGOA has expressed serious reservation pointing out that introduction of new columns indicates an attempt of fault finding, which clearly defeats the objective set in the above said guidelines. Also, we would like to express our feelings that the earlier APAR forms took complete care of the performance of the Assessing Officers in an effective matter, which was continuing since long. Hence there has as such never been any need to change the format. It is also worthwhile to mention that the evaluation of performance of an officer can be based on his holistic annual achievements and performance. The performance of the officer therefore requires to be evaluated on the basis of his overall personality and performance of whole of the year taken together and not on the basis of quarterly performance or performance in any particular area of work.