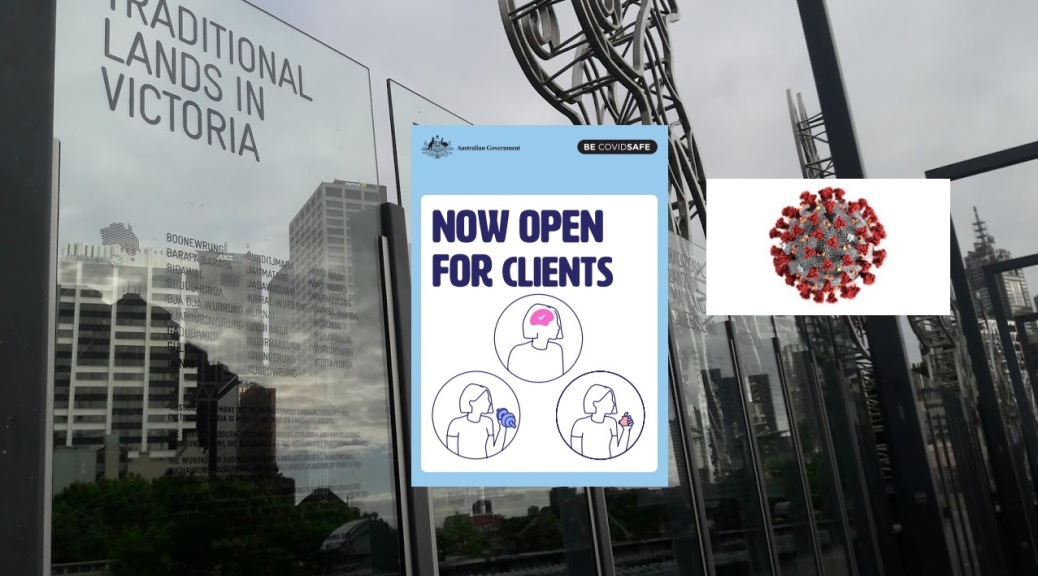 On the dangerous situation the State of Victoria is now in with regard to COVID, Australian Prime Minister Scott Morrison told Neil Mitchell of 3AW in an interview Friday 17 July that there’s a Victorian problem and the Constitution requires the Victorian Government to deal with it and the Australian Government will give them every help and support.

Morrison observed: “Within the public service capabilities you’ve got people who are very good public health officers and they have a job to do. But when when it gets to this scale, it needs a different skill set, and this is what the Defence Forces can bring in.

The PM categorically stated that the quarantine issues are very significant. And that’s a reminder to every other state and territory that you can be a pretty much zero community transmission, which is where Victoria was at, and with a breakdown in quarantine, then that can quickly move through your community. And so that’s a warning to all other states and territories that particularly those hiding behind borders, that if you let go of your tracing and your social distancing and other disciplines, then the virus can move very quickly through your community.

Dispelling doubts that Victoria could cost thousands of lives, Morrison said one of the things that will mitigate against that is that a lot of effort has been put over the last four months in building up ICU and respirator capability. Going back to April, one us far less concerned today than one was then about the capability of the health systems to cope with a big surge in cases and presentations.

While underscoring that they would want to see what the impact of these lockdowns are, the PM said, the lockdown was regrettably necessary.

Morrison reassured saying Victoria will disproportionately benefit from the national measures being put in place. And the reason for that is they’re assessed based on the need and the impact of the virus on people’s businesses. And that is clearly going to be greater in Victoria than many other parts of the country.

Scott went on to present the positive side vis-a-vis employment by pointing out how the unemployment went up 7.4 per cent while the real rate of unemployment was much higher. In May it was at 13.9 per cent, what they call the effective rate of unemployment. Now, that fell to 11.3 per cent in June. There were 210,000 jobs that came back into the economy in June. Most of those were for young people, which were the most affected. That’s a positive sign which shows that when you’re moving in the right direction, the economy will come back, the jobs will come back. But the challenge here is to get yourself on top of the crisis.

Over the past two weeks, the world has watched as the Chinese Communist Party smothers Hong Kong’s freedom. In 1984, China promised the United Kingdom and the Hong Kong people in front of the world that it would keep Hong Kong free and open and maintain its high degree of autonomy until the year 2047. With the draconian national security legislation that Beijing imposed on Hong Kong, which allows mainland China’s security services to operate with impunity in Hong Kong, China has broken that promise, as it has so many others. Statement by the US Secretary of State Michael R Pompeo on President Trumps announcement on Hong Kong, 15 July 2020

Reference: Donald Trump, the US President, has responded and taken steps to end U.S. preferential treatment for Hong Kong, terminate the territory’s benefits with regard to U.S. export controls, and direct the initiation of steps to suspend the US extradition agreement with Hong Kong.

The Hong Kong Autonomy Act will give the US Administration additional tools to promote accountability for those responsible for extinguishing Hong Kong’s freedoms. The US President also has directed the Administration to place a special focus on the admission of Hong Kong residents as refugees based on humanitarian concerns, demonstrating the enduring U.S. commitment to stand with the oppressed.

The US action comes in the wake of Beijing’s actions and the July 1 enactment of the draconian national security Act that snatches away the autonomy of Hong Kong.

Africa is the largest frontier in the 21stcentury. However, the continent is also facing various challenges such as conflicts and poverty. In particular, the COVID-19 has revealed Africa’s vulnerability including in the field of health and medical sectors.

Through consultations among Co-organizers of Tokyo International Conference on African Development (TICAD), it is officially decided that TICAD8 to be held in 2022 will be hosted by the Republic of Tunisia. TICAD will take place in Africa for the second time after Kenya hosted one in 2016.

TICAD is gaining further significance as a multilateral international conference to address development issues in Africa, including in the area of health.

In light of the outcomes of TICAD7 held in Yokohama in August 2019, Japan has announced that it will continue to strongly support African-led development toward TICAD8.

Reference
Every meeting of TICAD is led by Japan, and co-organised by the United Nations, United Nations Development Programme(UNDP), the World Bank and the African Union Commission (AUC). In principle, invitations to attend TICAD are extended to all African heads of state and government, as well as international organisations, donor countries, private companies and civil society organizations. Until TICAD V, the summit-level meetings were held every five years in Japan. From 2016 onwards, the TICAD will be held every three years, hosted alternately in Africa and Japan. In response to the request from the African side, we have decided to hold TICAD VI in Africa (Kenya).

The Week that was:

The June 10 warrant yielded extensive results, including the seizure of:

The man will also face charges from ACBPS under section 233BAB of the Customs Act 1901.

The Australian Sports Anti-Doping Authority (ASADA) today acknowledged the Australian Football League Anti-Doping Tribunal’s decision to impose a one-year ban on Fremantle Dockers player Ryan Crowley, for the presence of a prohibited substance. Mr Crowley returned a positive test from a sample collected in-competition on 13 July 2014 at the club’s round 17 match against Greater Western Sydney Giants.

Netball Australia has joined the Australian Government’s $100 million Sporting Schools programme to help schools increase the number of children playing sport. PDF printable version of Australian children shooting towards a healthy lifestyle (PDF 258 KB). In the lead up to the Diamonds representing Australia in the Netball World Cup in Sydney, primary schools across the country are being offered a new Sporting Schools pilot programme as part of the Abbott Government’s plan to get more children active and healthy through sport.