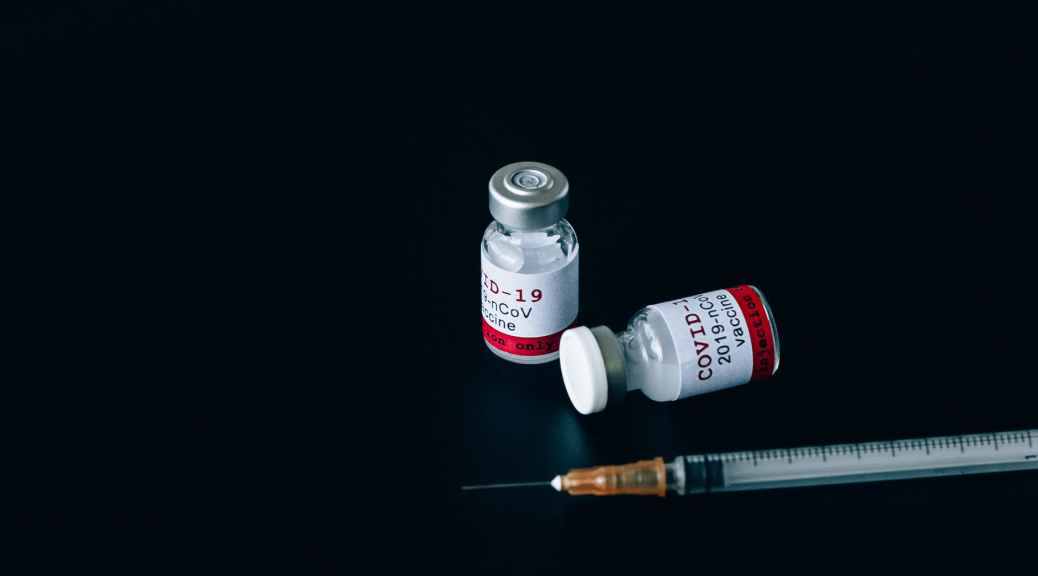 New Delhi: In his address to the nation on Monday 7 June, Prime Minister Narendra modi expressed condolences for the people who lost their lives in the pandemic. Terming the pandemic as the biggest calamity of last hundred years, a pandemic neither seen nor experienced in the modern world, the Prime Minister said that the country has fought the pandemic on many fronts.

Modi made many important announcements.

In another major announcement, the Prime Minister conveyed the decision of extension Pradhan Mantri Garib Kalyan Anna Yojna till Deepawali. This means that till November, 80 crore people will continue to get decided amount of free food grain every month. During the pandemic, the government is standing with the poor for all his needs as his friend, said the Prime Minister.

Recalling the unprecedented rise in the demand for the medical oxygen during the second wave during the months of April and May, the Prime Minister said that the challenge was met at the war footing deploying all the systems of the government. In the history of India, this level of demand for medical oxygen was never experienced, said Shri Modi.

The Prime Minister said that globally, vaccine producing companies and countries are far less than what is the global demand for the vaccines. In such a scenario, made in India vaccine was critical for India. The Prime Minister, pointed out that in the past, India used to get vaccines decades after they were developed abroad. This always resulted in a situation in the past where India could not even start vaccination while other countries used to finish the vaccine work. Shri Modi said that by working in mission mode, we raised the vaccination coverage from 60 per cent to 90 per cent in 5-6 years. We not only enhanced the speed but also widened the ambit of vaccination, said the Prime Minister,

This time, said the Prime Minister,  India warded off all the apprehensions and, through clean intentions, clear policy and constant hard work,  not just one but two made-in-India vaccines for Covid  were launched in India. Our scientists proved their calibre. Till today, more than 23 crore vaccine doses have been administered in the country.

The Prime Minister recalled that Vaccine Task force was constituted when there were just few thousand Covid-19 cases and vaccine companies were supported by the government in all possible ways in trials and  funding for research and development. The Prime Minister informed that due to great effort and hard work, supply of vaccine is about to increase in coming days. He conveyed that, today, seven companies are producing different type of vaccines. Trials of three more vaccines are in the advanced stage, informed the Prime Minister. The Prime Minister also talked of trials for two vaccines for children and a ‘nasal vaccine’.

Prime Minister, dwelled on the differing views from various quarters on the vaccination drive. As the corona cases started declining, questions arose about the lack of choice for states and some people questioned why the central government is deciding everything. Flexibility in lockdown and one-size-does-not-fit-all type of argument were forwarded. Shri Modi said that starting from 16 January  to April end, India’s vaccination programme was run mostly under the central government. Free vaccination for all was moving forward and people were showing discipline in getting vaccinated when their turn came. In the midst of all this demands for decentralization of vaccination were raised, decision about priority to certain age groups were raised. Many types of pressures were exerted and certain sections of media took it as campaign.

A news report titled “Who destroyed India’s vaccine self-sufficiency?” published by Business standard on 17 May, credits the Madurai Bench of the Madras High Court for wanting to know while hearing a PIL earlier this month “why India had to rely on just two private domestic manufacturers–Serum Institute of India (SII) and Bharat Biotech–to produce Covid-19 vaccines,” when the country was a global leader both in production and export of vaccines.

The BS story goes on to point out and we quote:

“India’s self-sufficiency in vaccine production was destroyed one and half decades ago under the UPA-I government. Anbumani Ramadoss, then the Union Health Minister in Dr. Manmohan Singh’s government effectively moved vaccine manufacture and government procurement to the private sector. In January 2008, the licences of three premier public sector vaccine manufacturers were suspended citing non-compliance with WHO good manufacturing practices (GMP). These public sector units (PSUs) were: Central Research Institute (CRI), Kasauli in Himachal Pradesh, BCG Vaccine Laboratory (BCGVL) in Guindy and Pasteur Institute of India (PII), Coonoor, both in Tamil Nadu.” (unquote)

After the license of 3 PSUs had been suspended, it has been pointed out that ex-bureaucrat and member of the Planning Commission, S P Shukla, had moved the Supreme Court against the government’s decision. His contention was that the government must preserve its role in vaccine manufacture and had warned that erosion of the PSU’s vaccine-making capabilities would threaten India’s health security and bio-security. Notices were sent by the apex court which eventually did not overturn the government’s decision.

Now we would like to focus on a particular input also shared in public domain by Business Standard  through its exclusive report, and we quote:

In UPA-II, Ghulam Nabi Azad as Health Minister, tried to undo the damage. In 2010, the licences of the three PSUs were revived on the recommendations of the Javid Chowdhury Committee which held the suspension of their licences incorrect, illegal and flawed. About Rs. 49 crore was allocated for the revival of CRI, Kasauli. By 2016, government funding had made two of the PSUs GMP compliant, despite this, they did not recieve any government orders as India’s vaccine procurement had moved definitely to the private sector. So the damage wrought by UPA-1 persisted under the Modi Government.” (Unquote)

This one excerpt from the story reveals more than what it apparently tries to hide by stating “the PSUs did not recieve any government orders as vaccine procurement had moved definitely to the private sector.” Also the responsibility of NDA-1 and NDA-2 has been brushed aside by adding: “So the damage wrought by UPA-1 persisted under the Modi Government”.

Notwithstanding the causes listed, including the role of Ramadoss, who has been depicted as villain in chief in this matter, what about the failure to create a balance and divert a proportion of vaccine procurement to the public sector even after Rs 49 crore had been allocated for revival of CRI, Kasauli. By 2016 two PSUs, including CRI, had become GMP compliant. This one input is sufficient to conclude that Modi Government also deserves to be blamed because it just did not fail, after 2016 but is also responsible for letting down the nation all these years. Failure means lack of success, here, in this case, what has happened is that the concerned Ministry and officials presided over a system that was hell bent upon favouring the vested interests and ensuring the PSUs remain dormant despite pumping of huge sums from the exchequer to ensure public sector continues to play its role in vaccine production. The concerned bureaucrats are accountable and deserve to be hauled over the coals.

Click here for rejoinder to the BS report by Anmumani Ramadoss

You would have noticed the sudden onset of humanitarian concern in the Biden Administration for India. All of a sudden America is once again full of love and affection for the Indian people. This is not the result of Indian Americans or Kamala Harris putting pressure on old man Biden and his team of defense experts. This is the result of India, for once, using the danda (baton) on America.

It wasn’t Indian Prime Minister Narendra Modi who talked to the Americans. It were the officials of the ministries who did the talking. The American administration that is used to whimpering Indians and fawning Indians rapidly evaluated the import of what was being told to them, quickly reverted to being humanitarians, and revoked the order to ban the supply of vaccine manufacturing raw material to India.

What happened was this: while the Liberal and Left vultures in India were gloating over the news of the American ban and remembering the secularism and socialism of Nehru, things were moving.

Modi was certainly no Nehru. His ministers, who had never had been educated at Harvard or Cambridge, were not prone to being in awe of the Christian white man.

They quietly informed the Biden Administration that this was not the India of Nehru and Indira and Rajiv any more. This was a different India.

The Biden Administration was told that American companies will have to fulfil their contractual obligations. And that any administrative interference in that contractual obligation in the name of defence of America would result in an equal and opposite reaction from India. Biden’s officials were informed by Indian officials that India would immediately stop the export of phospholipids that were manufactured by VAV Lipids, an Indian company, based in India, manufacturing in India, using Indian raw material. Without these phospholipids the American vaccine manufacturers would be completely crippled.

Rajiv Lochan is a distinguished scholar, historian and columnist 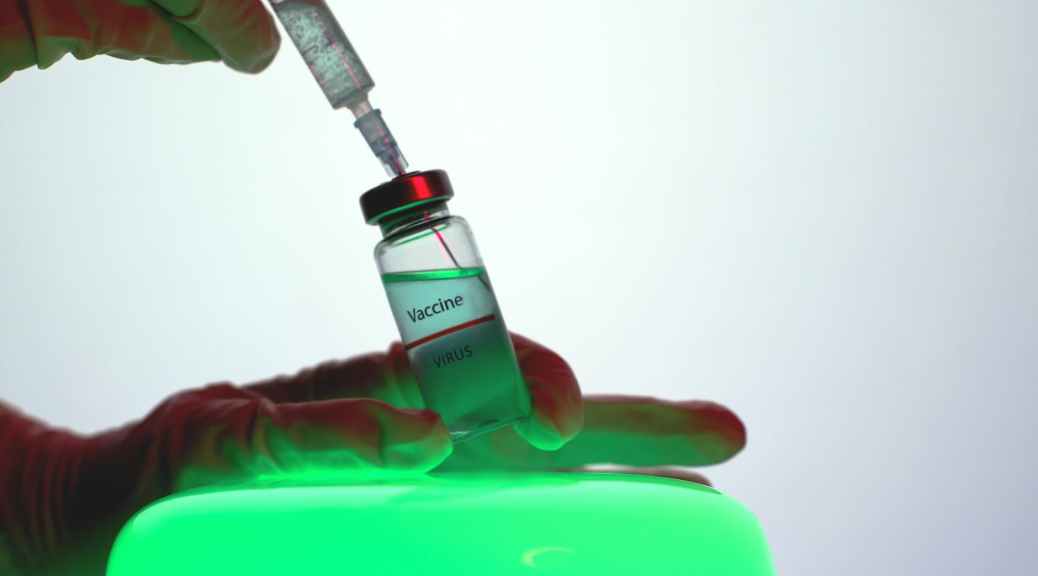 Within days of an exclusive report by PB Jayakumar published on 22 April by Business Today underscoring “Mumbai headquartered pharma and nutraceutical specialty ingredient maker VAV Lifesciences and its subsidiary VAV Lipids was going to supply highly purified ‘synthetic phospholipids’ required for vaccine manufacturing in US”, the US President Joe Biden had to take a u-turn, talk at length to Prime Minister Narendra Modi and promise a whole series of help that India needed immediately, including raw material for vaccine production in india.

Jayakumar wrote: ‘While the US has restricted export of vaccine ingredients to help its domestic COVID-19  vaccine manufacturers Pfizer-BioNTech and Moderna, an Indian company is supplying a crucial and rare ingredient required for manufacturing their m-RNA technology based COVID-19 vaccines.” It was his advice that India could use this as lever or bargaining chip to lift the US curbs on raw material supply for vaccine production in india.

On April 27 afternoon (close to midnight in India) Biden said with regard to India, that he spoke at length with Modi, and the US was sending immediately a whole series of help that India needs, including providing for those — Remdesivir and other drugs that are able to deal with COVID and prevent, in some cases, and help recovery.

Secondly, he also announced, we are sending the actual mechanical parts that are needed for the machinery they have to build a vaccine.  And that’s being done as well.

During his talk with Prime Minister Modi, Biden also underscored his intention to send actual vaccines to India.

The problem is, right now, we have to make sure we have other vaccines, like Novavax and others, coming on, probably.  And I think we’ll be in a position to be able to share — to share vaccines, as well as know-how, with other countries who are in real need. Notwithstanding the much publicised assurance to India regarding lifting of curb on supply of raw material required by India for vaccines, Biden, obviously intentionally, omitted any mention of this during his briefing at White House this past Tuesday.

Of course, he did acknowledge an important fact by stating: “And I might add, when we were in a bind at the very beginning, India helped us”.