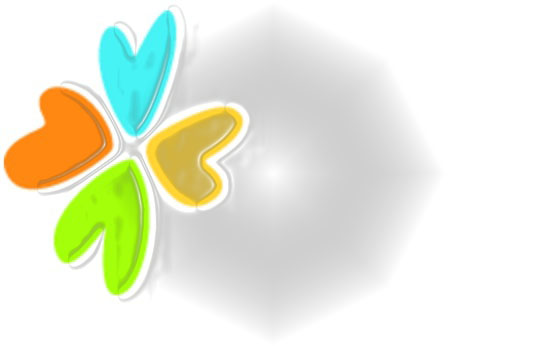 Don’t you ever think of becoming member of CLUB MAHINDRA. I am talking from my own experience. Being an avid tour and travel freak, I fell into their trap. Once you become a member and pay the huge sums, you become a persona non-grata for them. On 1st and 2nd of every month, they open their booking for the third month. From the date of opening of booking, you will get messages that booking will open at 9.30 a.m. You open the app at 9.31 a.m. and you will find the resorts are Not Available for you. But when you open the various booking apps, you will find 100% availability. As a member, rooms are not available to you but as a non-member, rooms are available for you at high prices. So once you fail to book the resort, you will contact the fellow who made you a member and acts as your relationship manager. The poor fellow will try his best to confirm your reservation and will later surrender or will come up with some other resort that you don’t want. After all, he being a small cog in this vast machinery of Club Mahindra, what can he do? Club Mahindra uses its resorts as hotels rather than a club resort for their members. They launch membership drive throughout the year just to raise huge capital. I feel really sorry that I referred this company to some of my friends. If anyone of you is thinking of taking membership of this so-called Club, please don’t let them burn a hole in your pocket. Now I want to cancel my membership and get my money back. Can anyone suggest how to do this?

Postscript: Every year they collect huge annual service fee from the members to maintain the resort while they are not using it and rent out the same as a hotel. So double income – “Aam ke aam guthliyon ke bhi daam”. 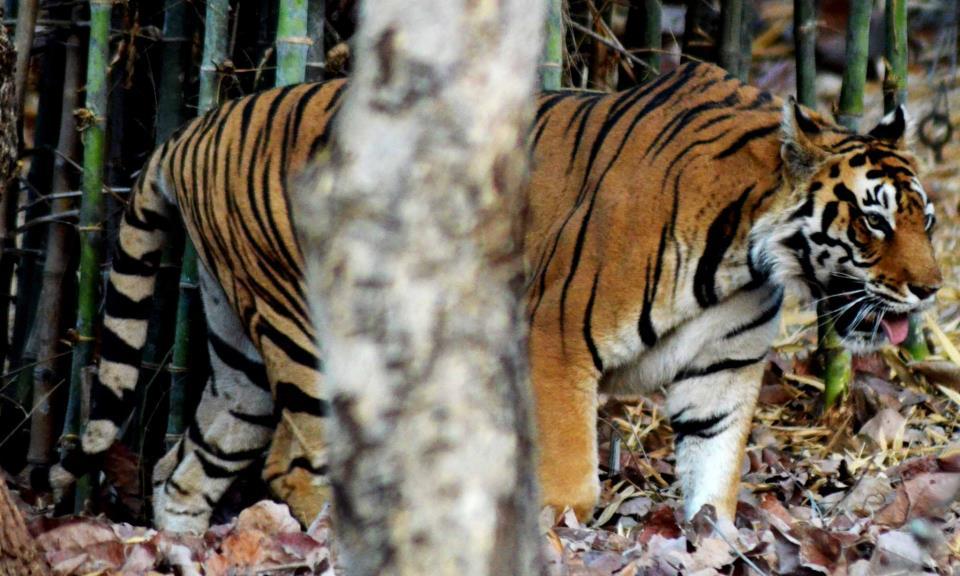 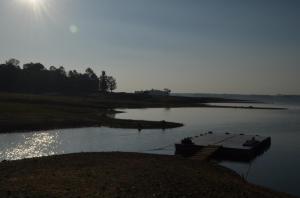 New Delhi: Madhya Pradesh has bagged the National Award of Best Tourism State and four other awards for excellent performance in tourism. 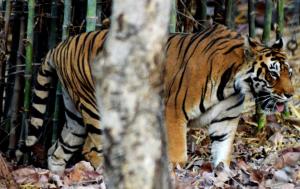 These awards were presented at the National Tourism Award function organised by Union Ministry of Tourism held at Vigyan Bhawan in the capital today.

Seventy per cent of the tigers in the world are in India. It is my request to all the tourists around the world that they should come to India and see and feel their beautifiul stripes. The beauty of this species is godly and they are nature’s most beautiful creation.

Madhya Pradesh was also conferred with an award for making Amarkantak disabled-friendly and the other for best heritage walk in Bhopal. The Best Tourist Guide award was presented to Jeevan Jyoti Pateria. 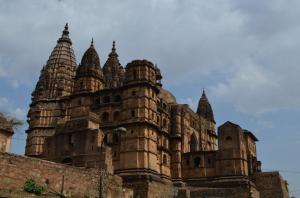 Madhya Pradesh boasts of unmatched historical heritage, religious places, eco-tourism points and National Parks to mesmerize tourists. They get their adrenaline flowing the moment they enter these tourism delights. Tourism department has developed the temples at Amarkantak disbaled friendly. For this, wheel chairs have been made available, notice boards and signages in Braille have been put up and literature about these temples has been published in Braille. Disabled friendly toilets have also been constructed.

In Bhopal a number of paths have been developed for heritage walk. Through this the history of architecture of Bhopal has been shown. The first path starts from Kamlapati Mahal and via Upper Lake towards Sufi masjid and Sadar Manzil and the second path showcases the history of Taj-ul-Masajid.

It may be mentioned here that Madhya Pradesh has bagged national awards in tourism sector for two years in a row. Last year the State had bagged six national awards and other awards. 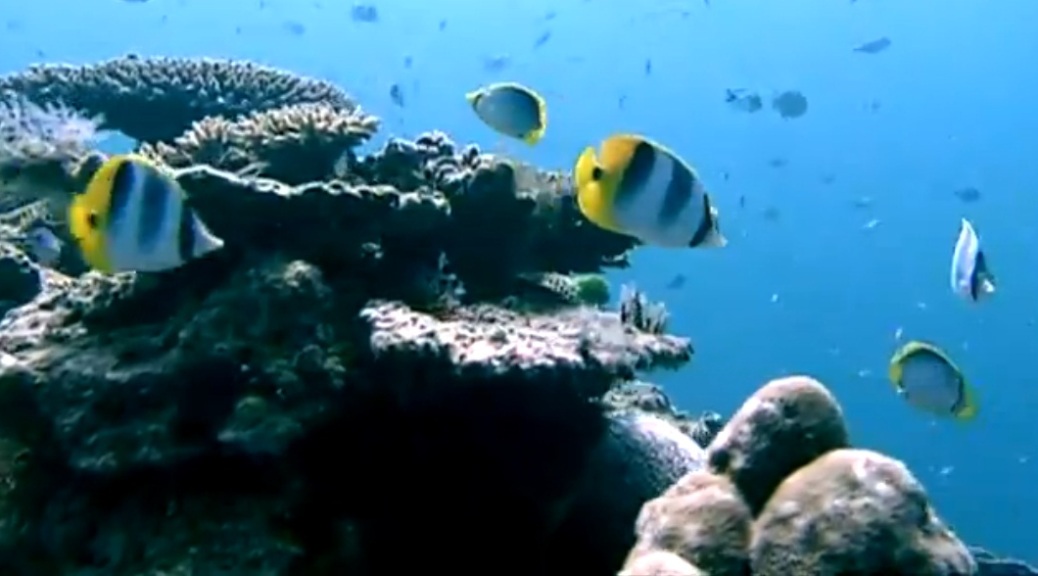 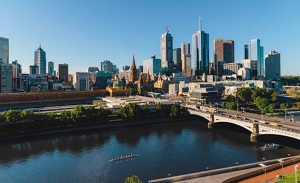 Sydney, Australia : Australian data sheet on Tourism showed interesting figures with respect to International visitor footfall into the beautiful locales of Australia. According to a latest International Visitor Survey released by Ministry for Trade and Investment in Australia, international visitor spend (footfalls into Australian soil) grew by 10 per cent to a record $33.4 billion, or $3.2 billion more than the previous year.

Adjudged as the strongest yearly growth on tourism – comparing since 2001 – that time when Australia hosted Sydney Olympic Games and data available till date – Australia’s tourism industry has shown enormous potentials with respect to revenue generation and staying firmly in the favorite list of tourist destinations worldwide, especially on account of asian visitors.

Expressing deep pleasure on this data, Australian Trade and Investment Minister Andrew Bobb said, ‘Today’s result once again demonstrates that tourism is one of our great strengths. Tourism can be our fastest growing sector this decade if we continue to leverage our ‘clean, green and safe’ brand to position ourselves as the number one, long-haul destination in Asia.’

China and India did their bit to swell this survey statistics. China remained the dominant source of growth with a 22 per cent increase in visitor numbers and a 32 per cent increase in expenditure. With China accounting for one in every five dollars spent by international visitors, China earned the tag of being a vital country contributing to sustained growth of Australian tourism sector. And China has been awarded for this deed – Australian Government has announced a 10 year multiple-entry visitor visa for China (available online and in Mandarin language) which is in line with an earlier-done landmark aviation deal that would triple air capacity to 67,000 seats per week, between Australia and China by the end of 2016.

India too had its share of recognition in contributing to Australian tourism sector. With Australia having co-hosted the ICC Cricket World Cup earlier this year in partnership with New Zealand, India registered itself in Australian financial books as becoming one of the fastest growing markets with expenditure reaching a record $1 billion for the first time (up 39 per cent), while visitors increased 20 per cent.

Australia has ranked India as its 8th largest tourism market, up from 11th the previous year. This was strengthened earlier by Australia’s friendly tourist initiative, when for the first time, international visitors attending Cricket World Cup were eligible to enter both Australia and New Zealand under a joint visitor visa arrangement.

Australian tourism industry is well positioned to prosper as one of its great economic strengths and Australia is looking straight into contributing countries like India and China even more enthusiastically here on.

Australian Minister for Trade and Investment, Andrew Robb, responsible for tourism, haswelcomed the benefits the Northern Australia White Paper will have for Australia’s tourism industry. The White Paper released this weekend recognises the importance of tourism not only to the development of Northern Australia but to the Australian economy as a whole. In particular, reforms to visitor visas including the introduction of a 10-year validity visa for Chinese visitors, roll-out of e-lodgement for China and India, trialling a fast track service and enabling Chinese language lodgement of visitor visa applications, will ensure Australia is well placed to capture a growing share of these markets.

$1.7 million for regional arts in first grant round