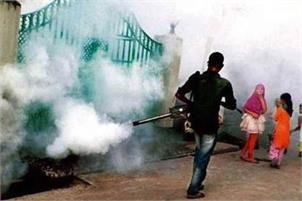 New Delhi : There is no new mutant strain of dengue which is affecting people of Delhi and if citizens do their bit then the epidemic can come under control very soon, said newly-appointed Indian Council of Medical Research (ICMR) Director General Dr Soumya Swaminathan.

In an exclusive interview give to media agency, Swaminathan, a paediatrician and a researcher on infectious diseases, informed that there were four sero types circulating in India and this year, Delhi has seen more of sero type 4 and 2.
Asked wheteher the scare on dengue was genuine, and wheteher it can culminate into an epidemic or an outbreak, Swaminathan replied that this year data is what we see every year, during and after the monsoon, and from what we know so far, of the number of cases and the sero types of dengue virus that are circulating, we are seeing the same pattern as we have seen in previous years. There are four sero types of the dengue virus, 1, 2, 3 and 4. It looks like the dengue sero type 4 and 2 are more common this year. Every year there is a different sero type that is more common and that varies from year to year. The clinical manifestations are also the same.

Replying to the impact of any new strain of dengue doing its rounds, Swaminathan strictly negated the possibility saying, there is no new strain of dengue, it is the same strains of dengue.The virus infestation she added, typically, peaks in the month of October, post monsoon. But, this year because we have not seen much rain in Delhi and there is no water stagnation, it is possible that it is already peaking and that we may see an actual decline in the cases in the next few weeks. If it rains again, and water starts collecting here and there, there are chances of a rise.