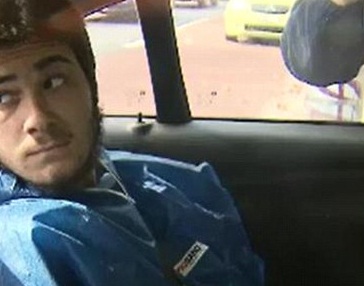 Operation Rising has resulted in the execution of seven search warrants in the South Eastern Metropolitan area, in the suburbs of Narre Warren, Hampton Park, Hallam and Eumemmerring.

Five men have been arrested during the operation.

An 18-year-old Hallam man has been charged with conspiracy to commit acts done in preparation for, or planning, terrorist acts under section 101.6 of the Commonwealth Criminal Code Act 1995.

The 18-year-old fronted Melbourne Magistrates’ Court  this past Saturday where he was remanded in custody to reappear on Friday.

Operation Rising has resulted in the execution of seven search warrants in the South Eastern Metropolitan area, in the suburbs of Narre Warren, Hampton Park, Hallam and Eumemmerring early morning last Saturday.

Victoria has well tested, cooperative, counter terrorism and emergency management plans in place and constantly monitor and assess our preparedness to respond to a range of emergencies.

The Melbourne Joint Counter Terrorism Team maintains strong links with the intelligence and other agencies that give the best possible understanding of emergency issues.

Parliamentary Secretary to the Australian Minister for Agriculture, Senator Richard Colbeck, described the Labor/Green opposition to commercial fishing in the Small Pelagic Fishery as a thinly veiled attack on the entire Australian fishing industry.

“The latest science clearly shows the Small Pelagic Fishery can be fished sustainably, but Labor and the Greens appear hell-bent on destroying the fishing industry in Australia and will say absolutely anything in the process,” Senator Colbeck said.

“During the previous debate Labor and the Greens defined supertrawlers as vessels more than 130 metres in length.”

“The Coalition has accepted their definition of a supertrawler and we have enforced a permanent ban on vessels more than 130 metres from fishing in Australian waters. This regulation takes effect this week.”

Minister for Agriculture, Barnaby Joyce, said following the introduction of increased biosecurity measures at Perth, Adelaide and Melbourne international airports in February this year and in response to exotic mosquito detections at those airports, the two detections of exotic mosquitoes at Brisbane international airport recently mean we will now apply the measures that have been successfully applied at the other airports. . Australia’s enviable biosecurity status is of critical importance to our human, animal and plant health and increasing measures where risks increase is the foundation of our successful risk-based biosecurity system.

Department of Defence to sell land in the Adelaide Hills

The Department of Defence will sell the former married quarter precinct known as Inverbrackie’, next to Woodside Barracks in the Adelaide Hills, South Australia. Parliamentary Secretary to the Minister for Defence, Darren Chester, said Defence had assessed the future use of Inverbrackie and determined that it was no longer required for Defence purposes. Defence intends to sell the property on the open market, with advertising to occur once pre sale due diligence activities are complete.