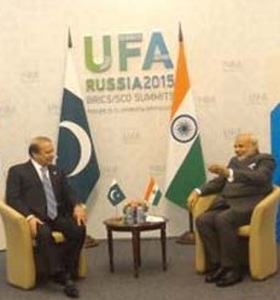 Both Foreign Secretaries of the neighboring countries sounded affirmative about the long-awaited bilateral talks. While the  Indian Foreign Secretary S. Jaishankar  highlighted the various points in detail, his Pakistani colleague, Foreign Secretary Aizaz Ahmad Chaudhary specifically said this – “Both leaders agreed that India and Pakistan have a collective responsibility to ensure peace and promote development in the region AND Both leaders condemned terrorism in all its forms.”

Modi and Shariff looked eye to eye and  discoraged terrorism of all sorts. They agreed to work in tandem and take strong steps towards eliminating this hugely mushroomed terror-menace, particularly  in this part of the globe.

Jaishankar said that the two Country Heads have summarized a 5-point agenda, work upon which will begin right away. Topping the agenda was a pronto meet between National Security Advisors of India and Pakistan to elaborately discuss all and sundry of Terrorism.

Border issues occupied centre stage when both countries insisted upon sorting out matters between the Border Security Forces of India (BSF) and the Paramilitary forces of Pakistan, the Pakistan Rangers. To efficiently guard, defend and secure one’s own territory, Jaishankar reiterated that early meeting have been scheduled between the Director General of BSF and  Pakistan Rangers. To take matters further, the scheduled meet between the Indo-Pak Director General Military Operations is also on the anvil.

Water disputes vis-à-vis release of Fishermen also found mention. A deadline of 15 days has been set to resolve release of men and boat from both custodial territories.

To open barriers and widen people-to-people interactions, a resolve has been initiated to further efforts in promoting warmth and safety for travelers visiting sites of religious importance. “Religious tourism will be strengthened and well-facilitated” said Jaishankar.

And, the 26/11 attack was not out of focus at all, as Prime Minister Modi insisted on streamlining effective, result-oriented speedy Mumbai case trial. Both sides agreed to discuss ways and means to expedite the Mumbai blast 26/11 attack trial by including additional evidential information like voice samples et al.

When neighbor came calling and Prime Minister Nawaz Sharif reiterated his invitation for Modi’s visit to  Pakistan for SAARC Summit in 2016, Prime Minister Modi reciprocated the bonding by accepting the invitation. 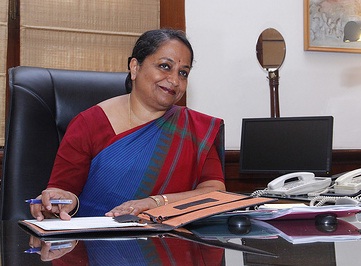 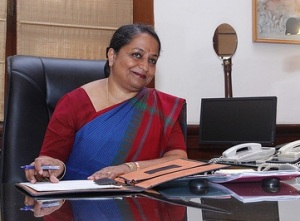 Why Sujatha Singh’s tenure as Foreign Secretary of India was curtailed abruptly after US President Barack Obama’s departure from New Delhi is a question being asked by discerning citizens.

When Mr. Obama was in New Delhi for the Republic day, in her capacity as Foreign Secretary of India, Ms. Singh had briefed the media about the Indo-US bilateral talks along with the then Indian Ambassador to USA and present Foreign Secretary Dr. S. Jaishankar and other officials of the Ministry of External Affairs.

Ms. Singh replied: “As one of our most important strategic partners, we always discuss the entire range of issues of concern. And I can conform to you that the issue of terrorism was very much discussed and was addressed at some length by both the leaders.”

Ms. Singh, a 1976 batch Indian Foreign Service Officer, was India’s Ambassador to Germany before she took over as Foreign Secretary on August 1, 2013. While the Congress background of her father, T. V. Rajeswar, a former Intelligence Bureau chief and former Governor under Congress rule is being projected by some as a possible cause of the balance tilting against her vis-a-vis the Modi regime, some senior bureaucrats and diplomats who have had the chance to work with her are extremely critical of her style of functioning and point out that she was destined to meet her Waterloo. Talking to Newsroom24x7, a former diplomat said there have been instances when she was least discreet while dealing with fellow officers. At another level, she has also been accused of going out of her way to extend undue favors. Inquiries have revealed that she had played a key role when all rules were broken and history was created in connection with a 1979 batch IFS officer, who continued to be a joint secretary and was denied promotion, while his batch-mates were promoted, due to multiple vigilance inquiries pending against him, He was promoted as additional secretary on March 1, 2014 and thirty days later on March 31, on the day of his retirement, he was even promoted as secretary in the Ministry of External Affairs.

New Delhi, Jan 29: Dr. S. Jaishankar today said after assuming charge as Foreign Secretary of India that he has a big responsibility and Government of India’s priorities are his priorities.

Talking to media-persons after assuming charge, Dr. Jaishankar said I don’t think this is the time to get into to those kinds of questions when asked: “You’ve just taken over as Foreign Secretary of India. First of all the appointment, does it come as a surprise because of the suddenness of it?

About the three biggest challenges over the next two years and his priorities, the new Foreign Secretary said: “My priorities are the government’s priorities….This is a big responsibility. I would say that I am very honoured that I have been assigned this responsibility.”