London: One person reportedly has been arrested following a raid on a flat in south London in connection with last night’s suicide bombing at a jam-packed pop concert in Manchester.

There was no confirmation till Tuesday afternoon about the arrest reported by a section of the media on the basis of eyewitness account.

The bombing has killed 22 and injured 59 persons at the Manchester concert venue. The blast came after a performance by the American singer Ariana Grande, who is extremely popular with the new generation.

There were twelve children among the 59 casualties taken to hospital after the attack, according to the Medical Director, North West Ambulance Service

The attack, around 10.30 last night, is being described as the most deadly attack in Britain in a decade. British Prime Minister Theresa May has condemned it by stating its a ‘callous terrorist attack’.

The Prime Minister along with  Amber Rudd, the British home secretary, arrived at the Greater Manchester police HQ in the afternoon to review the sitation.

“A soldier of the Caliphate managed to place explosive devises in the midst of gatherings of the Crusaders in the British City of Manchester,” ISIS news service said.

London: Bristol, Leeds, Cambridge, Birmingham, Norwich, Newcastle, Oxford and Cambridge all submitted their bids for the funding which was announced by the Deputy Prime Minister of UK Nick Clegg at a dedicated cycling summit in November last year.

The money will be used to help each city deliver plans to get more people cycling by improving and expanding cycle routes between the city centres, local communities and key employment and retail spots.

We are in the midst of a cycling revolution in the UK but we need to make sure we’re in the right gear to see it through. That’s why I’m so pleased to announce this investment for these major cities to make it easier for people to get around on 2 wheels.

With the legacy of the 2012 Olympics and the Tour de France in Yorkshire last year still fresh in our minds, this money can help Britain become a cycling nation to rival the likes of Denmark and the Netherlands.

Research shows us that boosting cycling could save billions of pounds otherwise spent on the NHS, reduce pollution and congestion, and create a happier and safer population. 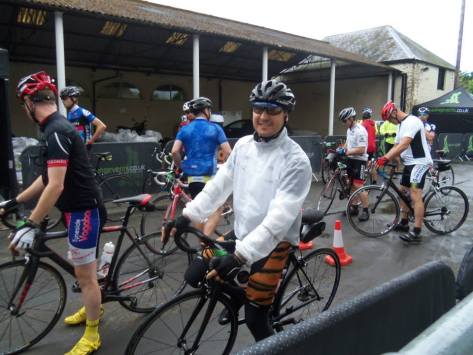 At the cycling summit last year, attended by cycling experts and businesses from across the country, the Deputy Prime Minister also announced a £100 million investment to improve the conditions for cyclists and walkers travelling alongside and crossing Britain’s most important and busiest roads – what’s called the Strategic Road Network.

This brought the total investment in cycling by this government to £588 million by:

Research commissioned by British Cycling (pdf) found that if the UK became a cycling nation like the Netherlands or Denmark it could:

Cycling is great for your health and good for the environment, and this government is doing all it can to help more people get out on their bikes.

We have doubled the amount of money available for cycling and taken steps to make sure that future governments plan properly for cycling.

This investment shows our continued commitment to making cycling even easier and safer, and our ambition to help make these cities better for cycles.

In the meanwhile, Nick Clegg is in the centre of a major controversy after reports made public a draft copy of the Liberal Democrat leader’s manifesto which includes a pledge to end all prosecutions for possession of soft drugs.