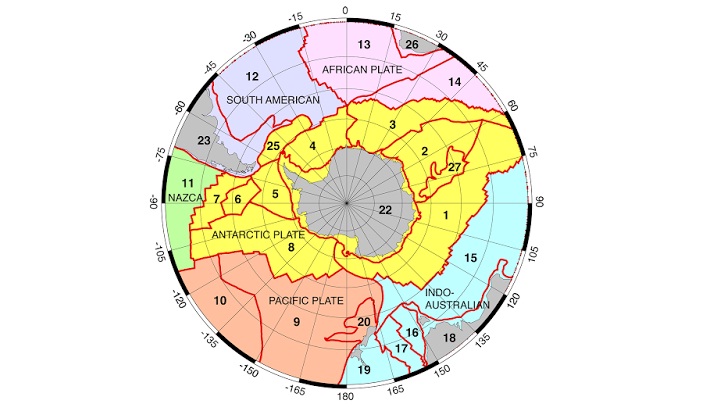 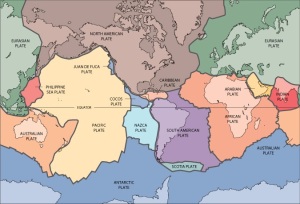 The Antarctic plate is the only one that rotates. All others across the surface of the world move in one direction or the other. The motion assessment has been made using data from 48 sites in different parts of the icy continent. These GPS stations belong to two American organisations – University Navstar Consortium and Scripps Orbit and Permanent Array Centre. One GPS station is located in Maitri, India’s permanent station in the continent.

Among all major and minor tectonic plates, the Antarctic plate is unique as it has a geodynamic setting. It is almost completely surrounded by mid-oceanic ridges, divergent or conservative margins which are formed due to interactions of several other plates. Majority of the other plates are surrounded by both divergent as well as convergent plate margins. Consequently, while most other plates move largely in one direction, unique plate margin boundaries setting of the Antarctic plate makes it spin like a pinwheel.

The study was conducted by Vineet K.Gahalaut, Director,National Centre for Seismology (NCS) under the Ministry of Earth Sciences, and SapnaGhavri, Joshi K.Catherine, A.Ambikapathy and Amit Kumar of Hyderabad-based CSIR-National Geophysical Research Institute (NGRI). They have published their findings in a recent issue of journal Proceedings of Indian National Science Academy.

In all, there are eight major tectonic plates, 10 minor and a large number of micro-plates across the surface of the earth. The Antarctica, which is the fifth largest of the seven continents of the world was part of a super continent called Gondwana more than 170 million years ago. Over time, Gondwana broke apart into several parts and Antarctica was formed around 35 million years ago. The area of Antarctica plate is 61 million square kilometer which is almost five times that of the Indian plate. (India Science Wire)