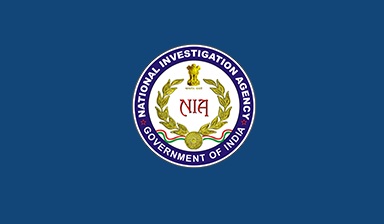 Background of the matter
This case was registered by NIA on 1 October 2016, based on credible information that certain youth had entered into a conspiracy and were making preparations to carry out terrorist attacks in India to further the objectives of proscribed terrorist organization Islamic State of Iraq and Syria (ISIS)/ Daish. On 3 October 2016, searches were conducted at the house of Subahani Haja Mohideen in Tirunelveli district of Tamil Nadu, leading to seizure of incriminating material indicating his travel to the theatre of conflict in West Asia and he was arrested on 5 October 2016.

Forensic examination of the clothes used by the accused during his stay with the Islamic State and the forensic medical examination of his body established that he was in the war zone in Iraq. It was also established that Subahani Haja Moideen, after returning to India on 21 September 2015, had attempted to procure explosive chemicals from Sivakasi in Tamil Nadu, based on instructions from his handlers in Islamic State, to carry out terrorist attacks in India, on behalf of ISIS/ Daish.

Investigation also revealed that Subahani Haja Moideen had exited India from Chennai and reached Turkey on 8 April, 2015. He had then illegally crossed over to Iraq through land border and joined the Islamic State using the name Abu Jasmine Al-Hindi. After undergoing religious and arms training with ISIS/ Daish in Iraq, he was deployed with ISIS’ military formation Umar Ibnu Khatab Khatiba, headed by the French national Abu Suleiman Al-Francisi, who was
later killed.

Subahani Haja Moideen was also associated with Pakistani national Mohammed Usman Ghani, while being in the Islamic State. Mohammed Usman Ghani was subsequently arrested and is now incarcerated in France, for his involvement in 13/11 Paris attacks of 2015.

CBI had registered the case on 6 October 2012 on the orders of the Gujarat High Court and taken over the investigation of FIR No.163/2010, earlier registered under Section 302, 114 of IPC and Section 25(1)(b)(a) of Arms Act, 1959 at Police Station Sola, Ahmedabad on the allegations that Amit Jethwa, Environmentalist and RTI Activist was shot dead on 2 July 2010 at Satyamev Complex, Ahmedabad. The father of the deceased was not satisfied with the investigation of the police and he approached High Court of Gujarat alleging that the role of Dinubhai Boghabhai Solanki, MP, Junagarh was not looked into by the police. Accordingly, the High Court of Gujarat passed an order on 25 September2012 to transfer the case for further investigation to CBI.

After thorough investigation, a chargesheet was filed against the accused persons in the Court of ACJM(Special Cases), Mirzapur, Ahmedabad on 21 December 2013.

The Trial Court found the accused guilty and convicted them.

New Delhi: Senior Congress leader Sajjan Kumar (73) is the first big politician, convicted after 34 years of the 1984 anti-Sikh riots that broke out after the assassination of the then Prime Minister Indira Gandhi by two of her sikh bodyguards.

Sajjan Kumar has been sentenced to life for “remainder of his natural life” by the Delhi High Court today (17 December 2018) .

On November 28, the Delhi High Court upheld the conviction of 70 of the 89 persons held guilty and awarded five-years in jail by a trial court in a separate case linked to anti-Sikh riots.

A trial court on November 20 had awarded death penalty to Yashpal Singh and ordered life imprisonment to another, Naresh Sherawat, for the killing of two persons during the anti-Sikh riots.

Jodhpur: A trial court in Jodhpur, Rajasthan, today (25 April 2018) held self-styled godman Asaram guilty and sentenced him to life in prison until death for raping a teenage girl in his ashram five years ago.

The special trial court also convicted two other accused, Shilpi and Sharad for 20 years each while acquitting two others, Prakash and Shiva.

The chargesheet against Asaram and the four other co-accused was filed by the police on November 6, 2013 following investigations on the basis of an FIR lodged by a young girl from Shahjahanpur in Uttar Pradesh. She was studying at Asaram’s ashram in Chhindwara in Madhya Pradesh. Asaram had called her to his ashram in Manai area near Jodhpur and raped her on the night of August 15, 2013, the girl had said in her complaint.

Asaram and the four other co-accused were tried under various sections of the POSCO (Prevention of Children from Sexual Offences) Act, the Juvenile Justice Act and the Indian Penal Code.

When Asaram was arrested in 2013

The plot to dodge the Jodhpur Police thickened with the expiry of the deadline given by Jodhpur Police to minor rape accused Asaram Bapu, who disappeared like a fugitive from Bhopal, the capital of Madhya Pradesh, as he headed towards Indore by road on 30 August 2013 night.

He was spotted by media-persons at Dewas but the mystery about his whereabouts deepened as Indore Police kept repeating till 31 August (afternoon) that Asaram was not inside the Indore Ashram.

It was only later on 31 August 2013 that the Indore collector told media-persons that Asaram was inside the Ashram. While the Jodhpur police team was expected at the Ashram the previous night, Asaram’s son chose to speak to the media in the evening. He asserted that his father was not running away from the police and confirmed that he was inside the Ashram since the night of 30 August 2013. He apologised for violence perpetuated on media-persons by Asaram’s followers and said that for last many years Asaram has been suffering from a neurological disorder and was getting severe bouts of headache, Asaram’s doctor, who was also present told journalists that the medical report of the victim established that she had not been raped.

On 30 August, Asaram’s son Narain Sai had told media-persons in Bhopal that his father was indisposed and would be staying in the state capital to receive ayurvedic treatment but when the Gujarat High Court refused to entertain his bail application, he made a beeline for the airport to catch a Delhi bound flight, which he missed. Without losing much time, he sneaked out of Bhopal and left for Indore by road in a convoy along with his son and a band for followers. At the airport, his followers even came to blows with journalists and TV cameramen. After leaving the state capital, Asaram kept his location a close-guarded secret. Even the state Police officers, at all levels, feigned ignorance about his whereabouts.

A 15-year old girl, who was a student at Asaram’s Chhindwara Ashram in Madhya Pradesh, had lodged a complaint against the self styled godman of sexually assaulting her at his ashram in Jodhpur in Rajasthan. The Jodhpur police had served him a summon 28 August 2013 at Indore and given him a deadline till August 30 to appear for questioning in the sexual abuse case. Asaram had sought time till September 20 citing prior engagements but the Jodhpur Police had turned down this demand. From Indore, Asaram went to Surat and from there came to the state capital on Thursday to attend the last rites of his son’s father-in-law.

When few senior advocates were contacted in Bhopal, they were unanimous in pointing out that the a rape accused should not be allowed to move freely till he proves his innocence. The Rajasthan Police had given him ample time to subvert the legal process by allowing him the space and freedom to tamper with evidence, manipulate witnesses and friends of the minor victim, who were likely to testify in this case.

After Asaram was booked under sections 376, 342, 506 and 509 of the IPC, section 8 of the Prevention of Children from Sexual Offences Act (POCSO) and sections 23 and 26 of the Juvenile Justice Act in the sexual abuse case, firebrand saffron-clad leader , Uma Bharti, who is now a Union Minister but was then BJP national vice president was among the first to go on twitter to declare Asaram as innocent. She had written: “Asaram Bapu is innocent. He is being punished for opposing Sonia and Rahul Gandhi. False cases have been registered against him in Congress ruled states. One is with Asaram Bapu, she emphasised. When the BJP leadership took the decision that the BJP should “publicly distance itself from Asaram, BJP national vice president Prabhat Jha had told media-persons that the police are the investigating agency of the State and it is the job of the police to carry out the investigation into this case. In the same breath, he had also said that the conspiracy angle cannot be brushed aside. When the Jodhpur Police was serving the summon to Asaram, a big crowd led by Ramesh Mandola, a local BJP MLA was shouting slogans outside the Indore ashram to support the tainted Guru.