Xiamen: The Xiamen Declaration adopted by consensus at the BRICS Summit here today expresses concern on the security situation in the region and violence caused by the Taliban, ISIL/DAISH, Al-Qaida and its affiliates including Eastern Turkistan Islamic Movement, Islamic Movement of Uzbekistan, the Haqqani network, Lashkar-e-Taiba, Jaish-e-Mohammad, TTP and Hizb ut-Tahrir.

The Xiamen Declaration asserts the commitment of the BRICS countries to take an active part in the efforts to implement and improve international standards on combating money laundering and the financing of terrorism and proliferation in FATF. The word terrorism figures seventeen times in the Declaration underlining the grave concern on this issue. 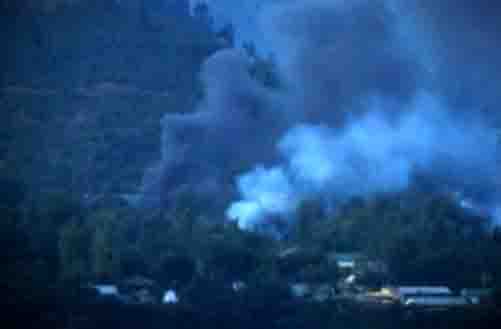 We all know that terrorism, in many ways, knows no border. We continue to urge actions to combat and delegitimize terrorist groups like LeT and the Haqqani Network, Jaish-e-Mohammad. So this is something that we’re obviously keenly focused on.

Washington DC: On the post-Uri surgical strikes by the Indian Army leading to the demolition of launch pads for terrorists inside the Pak occupied Kashmir area in the early hours of Thursday (29 September), the message from the USA to both sides -India and Pakistan – is that they should increase communication to deal with this threat (terrorism) and to avoid steps that escalate the tensions.

This was stated by John Kirby, the US State Department Spokesperson in response to a query at the daily press briefing here.

Kirby said that instead of characterizing “each and every step along the way (to combating terrorism), the US wants to see increased cooperation against what is a very shared common threat for both countries, and to see steps being taken to deal with it by all sides.

Kirby said that the US is following the situation closely. Stating that the Indian and Pakistani militaries have been in communication, he emphahsised that the US believes that continued communication is obviously important to reduce tensions.

We’ve repeatedly expressed our concerns regarding the danger that terrorism poses to the region, Kirby said adding “we all know that terrorism, in many ways, knows no border. We continue to urge actions to combat and delegitimize terrorist groups like LeT and the Haqqani Network, Jaish-e-Mohammad. So this is something that we’re obviously keenly focused on.”

Kirby informed media-persons that the US Secretary of State John Kerry spoke with Indian External Affairs Minister Swaraj on 27 September and reiterated his strong condemnation of the September 18 Uri attack. He condemned terrorism in all its forms and also cautioned against any escalation in tensions.

Answering a pointed query on specific steps taken to strengthen cooperation on fighting terrorism between India and Pakistan, Kirby said: “We’re always trying to get better at combatting terrorism in the region. And there are many ways you can do that – through information-sharing regimens and increasing communication between all parties involved.”