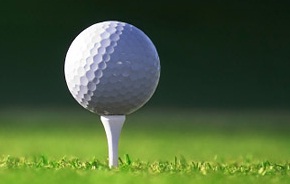 Bengaluru: Tvesa Malik staged a strong comeback on the back nine with three birdies in a span of five holes, to card two-under 70 and edge past overnight leader Millie Saroha (72) to win the eighth leg of the Hero Women’s Pro Golf Tour at the Prestige Golfshire course here on Friday.

The 23-year-old Tvesa became the third player this season after Ridhima Dilawari and Gaurika Bishnoi, to win twice. Tvesa had earlier won the third leg, while Ridhima and Gaurika had two wins each in the last four events. Millie, however, continues her search for her first win.

Neha Tripathi shot the day’s only card in the 60s, with a three-under 69 to finish fourth, while Khushi Khanijau (75), Astha Madan and Ridhima Dilawari (78) were Tied-fifth at 227.

Millie started the day with a one-shot lead that vanished as Tvesa opened the day with a birdie. Both of them bogeyed the second, but when Tvesa followed her birdie on Par-3 sixth with a double bogey on Par-4 seventh, Millie had the sole lead once again. It stayed that way till they reached the 13th tee.

Tvesa made a decisive move on the 13th and 14th, both of which she birdied, while Millie failed to convert her chances. The birdie on 13th saw Tvesa catch up with Millie and the birdie on 14th saw her go ahead again.

Her birdie on Par-3 17th was matched by Millie as Tvesa stayed ahead.

Millie was unable to find the crucial birdie on 18th, while Tvesa held her nerve for a par and notched up her second success of the season.

Tvesa, who turned pro in 2017 and won two titles in her Rookie season, won four titles in 2018 and topped the Hero Order of Merit. Her first win this season came at Kensville Golf and Country Club in the third leg, when she won by a massive 15-shot margin.

Gaurika after bogeys on second, third and seventh finally found a birdie on ninth and she had four more birdies on the back nine. In between she dropped a shot on Par-5 16th and ended with a card of 71 and in distant third at six-over 222, nine shots behind winner Tvesa and eight behind runner-up Millie.

Meanwhile, Ridhima, who was a distant third overnight, fell apart at the start with a double bogey on first and bogeys on next three holes. Barring a bogey on ninth, she had pars the rest of the way for a 78 and ended Tied-fifth.

The first five on the Hero Order of Merit stayed the same Gaurika Bishnoi maintained her top spot.