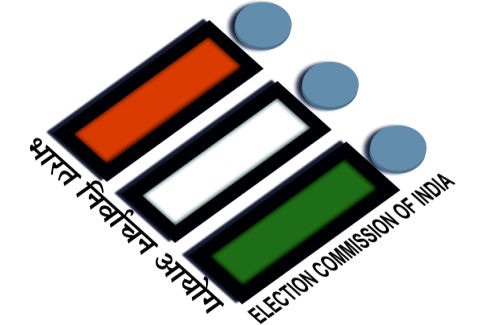 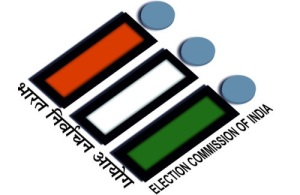 New Delhi: A Special Inquiry team led by Bhanwar Lal, Chief Electoral Officer, Andhra Pradesh has has found no anomaly or tampering in EVM and VVPAT used during demonstration in Ater (Bhind) on 31 March, 2017

The Special Enquiry team has submitted its Enquiry report on Bhind (MP) Episode to the Election Commission.

The Election Commission today issued a statement clarifying that the Special Enquiry team has found no anomaly or tampering in EVM and VVPAT used during demonstration in Ater (Bhind) in Madhya Pradesh. The inquiry was instituted by Election Commission of India to inquire into to all aspects of various allegations raised in the media and by the political parties.

Therefore, the EC has pointed out, it is clear that on pressing of various buttons on EVMS during the demonstration, corresponding symbols were displayed.

The team in its report concluded that it is completely false to say that at multiple times slips of lotus were printed on pressing different buttons during the demonstration on 31 March as alleged.

The lapse, according to the EC related to non-deletion of the pre-loaded data of Govind Nagar AC of Kanpur Nagar from where VVPATs (not EVMs) were received and reloading with the symbols/data of dummy candidate before demonstration as per the laid down protocol of the Commission necessitate appropriate action by the Commission.

The conclusion of the enquiry committee on the allegations are as follows:

1. The EVMs used in the demo in Bhind was not brought from UP. However, the VVPAT used in the demonstration was brought from UP. Since the VVPATs are limited in number and had been used by all the poll going states during the last 5 states elections, the distribution of VVPATs for 10 states bye-elections was made by the Commission by allocating VVPATs from different poll-gone statesto different poll-going states. In this case, the VVPAT was allocated from UP and brought from Govind Nagar AC of Kanpur Nagar,UP.

The Committee has recommended that the enquiry conclusively establishes that

1. The accuracy of the functioning of the EVMs and VVPATs including the said EVMlVVPAT is beyond doubt.
2. Commission may like to fix responsibility on DEO and RO for the lapses brought out in the enquiry reports.
3. Commission may like to prescribe check list for handling each activity relating to EVM!VVPAT which should be mandatorily adhered to by the electoral authorities and the same should be monitored through MIS online by the Commission. The existing instructions issued from time to time may be compiled in the form of these checklists. The said revised check lists laid down by the Election Commission of India regarding handling of various activities on EVMs/vVPATs, must be rigorously followed by the entire electoral machinery from the level of Presiding Officer to the CEO.
4. Commission may like to reiterate that there should be no room for casualness in handling the electoral matters, least of all, such unwarranted remarks, as the sanctity of electoral process forms the foundation of India’s democracy. 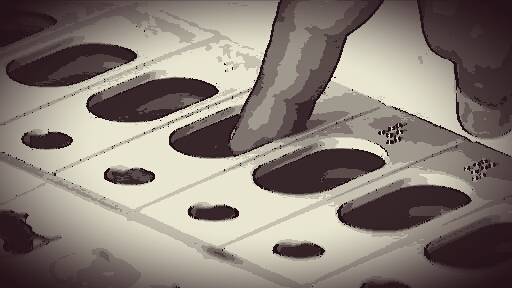 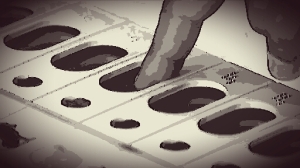 Bhopal: The credibility of the electronic voting machine has come under fire as the Voter-verifiable paper audit trail (VVPAT) printed the same “lotus” symbol of the ruling Bharatiya Janata Party after the State Chief electoral officer Salina Singh pressed the button of an electronic voting machine during a trial casting of vote ahead of the coming bye-election to the Ater Assembly constituency in Bhind district.

A VVPAT is a verification system for electronic voting machines and is intended to detect possible election fraud or malfunction. It contains the symbol of the party and individual candidate in the electoral fray and is a means to audit the stored electronic results.

According to available reports, during the dummy voting (trial of the EVM) in question, the BJP symbol was printed by the VVPAT when the fourth button of the EVM was pressed. Again the VVPAT printed the BJP symbol when another button was pressed. But the third time when the first button was pressed, it printed the Congress symbol. When questioned by media-persons, the State CEO lightly brushed aside the query stating “you would be sent to the police station if you publish this.” Later, at a press conference senior Congress leader Govind Singh accused the BJP and said that it will try to win the bye-election by tampering with the EVM.