The latest seizure of foreign currency by DRI officers in Delhi is just the tip of the iceberg. A few carriers have been nabbed and they have pointed to the mastermind sitting in Hong Kong. With the inputs now available with the DRI, it will be possible to crush the whole racket. Obviously, this would not be the lone smuggling syndicate operating in India. To draw a bigger picture of the menace,  it would call for a deep investigation into the penetration of such syndicates across the country. The fact that gold bars are being smuggled in and any amount of foreign exchange is going out illegally is a serious matter. This is not just a case of parallel economy. The crime syndicates are deeply entrenched. The players are everywhere. This should ring alarm bells as the malaise also threatens national security. The enforcement agencies will have to go into the overdrive mode to bust the demand and supply chain. – Lalit Shastri¹, Editor-in-Chief, Newsroom24x7

New Delhi: Acting upon a specific input, the officers of Delhi Zonal Unit of the Directorate of Revenue Intelligence (DRI), has intercepted seven foreign nationals at the Departure Hall of T-3, IGI Airport, New Delhi and seized a huge amount of foreign currency from them.

The recovery of foreign currency was made from the Checked-in Baggage of these foreign nationals, who were going to board a Flight to Hong Kong on the intervening night of 5 and 6 August, 2018. The Indian accomplice of this Smuggling Syndicate was also tracked down and intercepted.

The seized foreign currency was found in the luggage tightly wrapped in towels in a manner to escape detection by the agencies at the Airport. All the currencies were in the denomination of USD 100. A total of around USD 8,90,000 was sized having market value approx. INR 60.14 million.

The Investigation so far has revealed that this syndicate involves both foreign and Indian nationals stationed in Hong Kong and India. The mastermind of the syndicate who is based in Hong Kong, was involved in arranging carriers. He sent them to India with gold bars through concealment. In India, a person used to collect the gold and give foreign currency in return which used to be smuggled-out of India and over to Hong Kong. It was further revealed during investigation that the syndicate never repeats the same carriers to avoid attention of the Customs in India. In past also, DRI, has nabbed several foreign nationals involved in the smuggling of various contraband items like gold, foreign currency and Arms.

All the eight persons have been placed under arrest. Further investigation in this case is under progress. 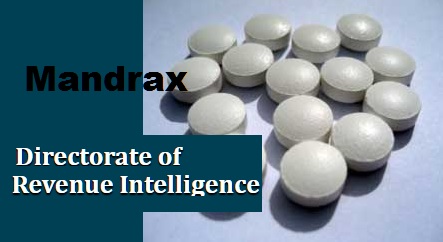 These tablets are declared as banned psychotropic substance under Schedule I of NDPS Rules, 1985. This is one of the biggest seizures of narcotic drugs by the DRI, which is the apex intelligence organization of Indian Customs. It is the prime responsibility of DRI to enforce the provisions of the Customs Act, 1962. The charter of duties of the DRI includes collection, collation, analysis and dissemination of intelligence relating to smuggling.

It is learnt that DRI had received information that huge quantities of Mandrax tablets have been kept hidden at a place at Udaipur in Rajasthan by a Mumbai-based operative Subhash Dudhani, who has produced Bollywood films and owns several properties in Mumbai. The DRI officials brought this premises under their scanner and on 28 October 28 DRI raided the premises of Marudhar Drinks at Bhamasha Industial Area of Kaladwas in Udaipur.

According to CBEC Chairman Najib Shah, about 20 million Mandrax tablets have been seized in the raid at Udaipur and this is the biggest ever seizure by DRI. The mastermind has been arrested and efforts are on to nab more persons linked with this drug syndicate. 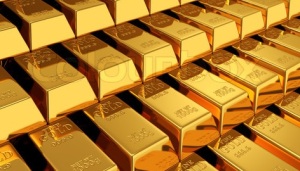 New Delhi: The Delhi Zonal Unit (DZU) of the Directorate of Revenue Intelligence (DRI) has busted a major gold smuggling racket involving smuggling of around 7000 kilograms of gold worth more than Rs. 2000 crore, over a period of last two and half years.

This is perhaps the single largest case of gold smuggling detected by any agency in India. The value of gold seizures by DRI in the current financial year (2016-17) up to 18 September, 2016 alone is about Rs 91 crore.

The gold smuggling case came to light when the officers of the Delhi Zonal Unit (DZU) of the Directorate of Revenue Intelligence (DRI) seized 10 kilograms of gold at the domestic cargo terminal of IGI airport in the capital during the intervening night of September 1 and 2. The seized gold bars of 24 carat purity were admittedly smuggled into India through the Indo-Myanmar land borders and were brought to Delhi from Guwahati by a domestic flight. Market value of the total seized goods is around Rs. 3.1 crore. Involvement of the employees of the airlines and others is being investigated by DRI.

This racket had adopted an ingenious modus operandi of gold smuggling wherein smuggled goods were brought to Delhi from Guwahati on 617 occasions by declaring it as valuable cargo in domestic flights operated by a particular airline, to avoid being detected by Customs. So far, smugglers had been known to be using train and bus routes to carry smuggled gold into different parts of India.

Two of the accused, a Guwahati-based businessman and his Delhi-based aide, have been arrested by DRI in Delhi and remanded to judicial custody. The arrested Guwahati-based businessman was also involved in many cases of smuggling of gold in the past, wherein 37 kilograms of gold worth Rs. 9 crore was seized by DRI. He was also arrested by the Guwahati Unit of DRI in February, 2015 for smuggling 12 kg of gold and later was released on bail.

It has been revealed by DRI that huge quantities of gold bars of foreign origin are being smuggled from Myanmar through Indo-Myanmar border adjacent to Moreh in the state of Manipur and from the Zokhawthar area in Mizoram. Intelligence indicates that activities relating to smuggling of gold bars are continuing unabated. Detection of smuggling of gold through Indo-Myanmar border is challenging due to the topography and porosity of the land border.

DRI has been successful in effecting sizable seizures of gold of foreign origin, emanating from Myanmar, including seizure of 87 kilograms of gold in March, 2015 at Siliguri and 58 kilograms of gold at Kolkata in August, 2016, in which 12 persons were arrested by DRI, Kolkata. In another case involving seizure of 12 kgs of gold in Mumbai on 5 August this year by Mumbai DRI, investigations revealed that the same group had smuggled 700 kgs of gold, valued at over Rs. 200 crore, in the preceding 18 months period. On 11 September this year, foreign currency notes of 7.5 lakh US dollars, valued at about Rs 5 crore were seized near Siliguri by DRI Kolkata Zonal unit from a truck bound for Manipur for smuggling to Myanmar to purchase gold to be brought back by smuggling into the country. A few days ago, on 13 September, DRI Guwahati seized 27.5 kg gold from a Bolero vehicle, valued at Rs 8.56 crore, which was smuggled from Myanmar through the Moreh border.

DRI has achieved significant results in the recent past. Value of gold seizures by DRI in the current financial year up to 18th September, 2016 is about Rs 91 crore.

There has been a a big seizure of gold at Indira Gandhi International Airport in Delhi yesterday. The Customs authorities seized 15 Kg of gold from an Indan National and a Malaysian National coming from Kuala Lumpur. Both of them were produced in Court today.

The Preventive Officer of Customs posted at the Inland Container Depot (ICD) at Hyderabad, in a day-long operation on Sunday, seized a container-load of highly overvalued garments valued at more than Rs 3 crore, for an attempted Drawback fraud of about Rs 25 lakhs. It is learnt that the shipping bill in this case had been facilitated by the Risk Management System and the goods came from Tirupur.