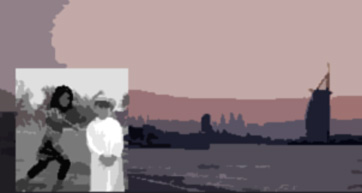 Dubai: Dr Dimitri Christakis, a child health and behaviour expert from the US, has emphasised that more and more young children who are excessively exposed to media in the form of television, and also video games are keeping away from outdoor games and this is leading to the increase of ADHD level ( Attention Deficit Hyperactivity Disorder).

Dr. Christakis is Professor of paediatrics at the University of Washington and also the director of the Centre for Child Health, Behaviour and Development at Seattle Children’s Research Institute and a paediatrician at Seattle Children’s Hospital. He was delivering a lecture last night at His Ramadan majlis (meeting) of Mohammad Bin Zayed, which was attended by Mohammad Bin Zayed Al Nahayan, Abu Dhabi Crown Prince, His Highness Shaikh Saud Bin Rashid Al Mualla, Member of the Supreme Council and Ruler of Umm Al Quwain and Deputy Supreme Commander of the UAE Armed Forces.

Dr. Christakis said we are living in an era that is fully depended on media. In other words media is a collection of illuminative information that we get in just a click of a button. Media has both aspects – the positive as well as the negative. Massive use of Internet is influencing the life of many including children, who are getting addicted and adversley affected, he said adding the end line is not limited if it is not treated at the right time it can lead to serious mental disorders.

The Professor underscored that the brain of a child develops by the time he reaches the age of three. Subsequent use of different forms of media if it is not controlled leads to serious after-affects, he pointed out stressing on “self control”.

Self Control, according to Dr. Christakis, is as an ability that controls one’s emotions and behavior at the time of temptations and impulses. As an executive function, self-control is a cognitive ( thinking, remembering and reasoning) process that is necessary for regulating one’s behaviour in order to achieve goals.

Conveying an important message to the parents of this generation, the child behaviour expert said that instead of providing kids with electronic devices give them your precious time by indulging in activities like book reading or dancing with them.