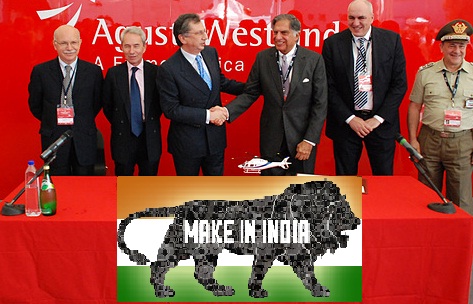 New Delhi: The new Defence Procurement Procedure (DPP) 2016 focuses on a boost to the ‘Make in
India’ -initiative of the Government of India, through Indigenous design, development and
manufacturing of defence equipment, platforms & systems.

The ‘Make’ procedure has been simplified to ensure increased participation of the Indian industry. Enhancing the role of MSMEs in defence sector, and cutting down permissible timeframes for various procurement activities, are the other defining features of DPP-2016.

The new category – Buy (Indian-IDDM) refers to the procurement of products from an Indian vendors meeting one of the two conditions:

This information was given by Defence Minister Manohar Parrikar in a written reply to Bhagwanth Khuba and others in Lok Sabha today.
Foreign Investment in Defence Sector

On the issue of foreign investments, the defence Minister told the House that Several MoUs and Agreements have been signed between Indian and foreign companies for setting up joint ventures. However, he added, the actual flow of Foreign Direct Investment (FDI) takes time to mature. From August 2014 to February 2016, a total amount of Rs. 112.35 lakhs has come into the country as
FDI in defence sector.

Ministry of Defence has neither entered into nor is there any proposal at present to enter into any framework agreement with Israel for supply of arms, military equipment and  technology transfers in the defence sector. However, Government has entered into contracts with Israeli firms for supply of defence equipment with Transfer of Technology or work-share arrangements.

The government of India has entered into contracts with few Israeli firms for supply of defence equipment with Transfer of Technology or work-share arrangements. The divulgence of details will not be in the interest of national security.

Read also: F16, US and Pakistan: The big interest