Newsroom24x7 Staff Raipur: Seven CRPF men were killed this afternoon in a huge landmine blast by Maoists in Dantewada district of Chhattisgarh. The  terrorists, locally known as naxalites, targeted security […]

Newsroom24x7 Desk Dantewada (Chhattisgarh): The hostage crisis in the Bastar region of Chhattisgarh ended late on Saturday but not before one of the villagers abducted had been killed by the […]

Modi interacts with students in Dantewada district of Chhattisgarh

Newsroom24x7 Desk Dantewada (Chhattisgarh, India): Prime Minister Narendra Modi today called for the development of the innate sporting talent that exists among the tribal youth. Modi was Interacting with students […] 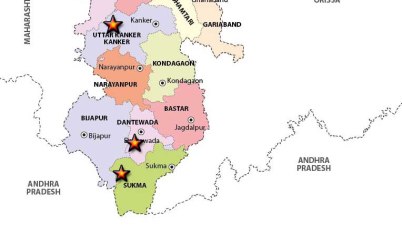 Series of Maoist attacks in Bastar: A loud message for Raman Singh? 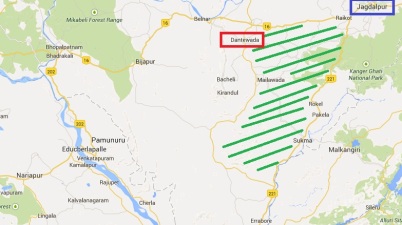 Newsroom24x7 Desk Raipur: Moists carried out their third terrorist attack in as many days on Monday when they blew up a mine sweeping vehicle and killed five security personnel in […]