Newsroom24x7 Staff Washington DC: The United States and Cuba will hold a meeting to coordinate their efforts to fight trafficking in persons in Washington, D.C., January 12 and 13. The […] 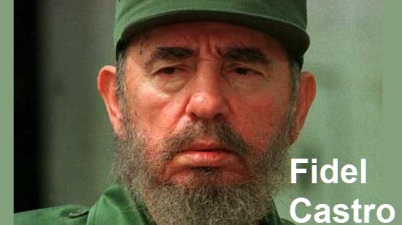 India mourns the loss of a great friend

Top priority is to defeat ISIL and eliminate the threat of terrorism: Barack Obama

Newsroom24x7 Staff Washington DC: Speaking in Cuba on March 23, President Obama made a statement on horrific bombings at the Brussels airport and Maelbeek metro station in Belgium. Obama has […]

Newsroom24x7 Desk Havana: “We’ve Reached Havana” – this is the message US President Barack Obama sent to the White House email list after landing in Cuba and becoming the first […]

Newsroom24x7 Staff Washington DC: United States of America has expressed its gratitude to  Pope Francis for his role in renewing diplomatic ties between the US and Cuba. In a congratulatory message […]

Obama’s National Security Strategy: blueprint for a decisive US leadership

Newsroom24x7 Desk Washington DC, Feb. 7: US will advance its security and that of its citizens, and U.S. allies and partners by maintaining a national defense that is the best […]