Hostel for deaf and dumb in Bhopal, shelter home in Bihar, rapes and sexual abuse

Newsroom24x7 Network   Bhopal/Patna: Close on the heels of the shocking detection of the “sexual abuse” of at least 34 minor girls living in a shelter home at Muzaffarpur in […]

Anti-quota agitation: Firing at Arah in Bihar, mixed response in many states

….Newsroom24x7 Network Bhopal/Patna/Lucknow/Jaipur: There was a mixed response to the anti-reservation Bharat Bandh (country-wide call for strike) today (Tuesday 10 April 2016) with firing reported in Arah district of Bihar, […]

Newsroom24x7 Network Patna: No fresh violence was reported today but tension prevailed in communal strife-torn Bihar where the situation is returning to normalcy. There is heavy police deployment in all […]

Newsroom24x7 Staff Patna: Within 24 hours of resigning and quitting the “grand alliance”, Nitish Kumar has once again become the chief minister of Bihar. Nitish was sworn in as chief […]

Newsroom24x7 Staff Patna: The Bharatiya Janata Party High Command went into action mode and decided to support Nitish Kumar to form the next Government in Bihar after he tendered his […]

Mixed response to Opposition call for strike on demonetisation

Newsroom24x7 Staff New Delhi: The opposition parties today held a nationwide agitation against the decision of the Modi-led NDA government to stop the use of high level currency notes in […] 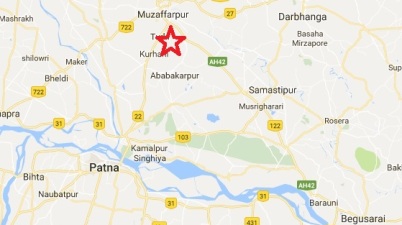