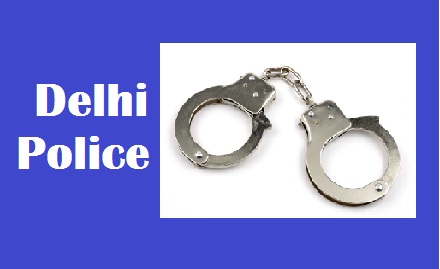 New Delhi: In the recent past, there has been a sudden rise in cases of ATM crime in the capital and there have been a series of complaints of fraudulent withdrawls

With the arrest of one Pintu Kumar (22) of Mannanpur village in Jahanabad district of Bihar, the staff of Badarpur Police station in South-East District has busted a gang of cheats involved in looting innocent ATM users by blocking some keys of the ATM machine.

Madan Kumar, a resident of Hari Nagar-Jaitpur here had lodged a complaint at Badarpur Police station stating that on 6 May he had gone to HDFC ATM at Main Jaitpur Road, Molarband Village, Badarpur to withdraw money from his account. After reaching there, he found that a suspicious person, aged about 27 years, was already present inside the ATM booth. When he inserted his card in the ATM machine and fed his password, the system just hanged. At this point of time, the suspicious person present there told him that the ATM machine was not functioning. Afte that he left the ATM booth. Later,he found that Rs. 25,000 have been withdrawn from his account in three installments (10,000+10,000+5,000) at the alleged time and date. He suspected that the person who was already present inside the ATM booth was the culprit who had tempered with the machine. Subsequently, a case under FIR No. 348/15 under section 420 IPC was registered at by the Badarpur Police station and investigation was taken up.

During investigation, the police team verified the records of all the criminals who were using the same modus operandi to cheat the ATM users. The Police team zeroed in on one Pintu Kumar who had earlier been arrested for committing such a crime. On 30 May, after ASI Manoj Kumar received a secret information that Pintu Kumar would come in the area of Badarpur for committing the crime, a trap was laid on Main Jaitpur Road at Badarpur. At about 12:40 pm, Pintu Kumar came there on a motorcycle with a broken number plate. He stopped his motorcycle in front of the HDFC ATM Booth, Near “Sullabh Shochlya” Molarband Village. The police team kept watching his activities. When the accused saw that he had been surrounded, he tried to run away but was apprehended by the Police.

During interrogation, Pintu, the arrested accused admitted his involvement in several cases ofcheating committed at ATM centers by blocking some buttons of the machine. He revealed to the Police that he had picked up the method from the internet by visiting the site of “ATM hacker video.com”. To cheat the ATM users, he along with an accomplice, used to block the *, # and cancel buttons of the ATM machine with the help of a few pieces of blade and feviquick. After that, one of them used to stay inside the ATM booth and wait for their target. In this situation, when any unsuspecting person tried to use the ATM machine, he would closely observe and remember the ATM user’s password who would obviously leave as the machine would refuse to work. After that it was child’s play for the cheat to release the buttons and complete the operation to withdraw money by using the ATM user’s Password.

They were targeting mostly the ATMs in rural areas where very few know how to operate the machine. At times, they were also asking the innocent ATM users their Password and on the pretext of helping them they were swapping the ATM cards and were able to withdraw money using their cards and passwords. On the basis of inputs gathered during interrogation, 5 cases of cheating at Bank ATM’s, reported in different police station areas of South-East district have been solved.