Newsroom24x7 Staff New Delhi/Washington DC: During a call with Prime Minister of India Narendra Modi, the US President Trump discussed opportunities to strengthen the partnership between the United States and […] 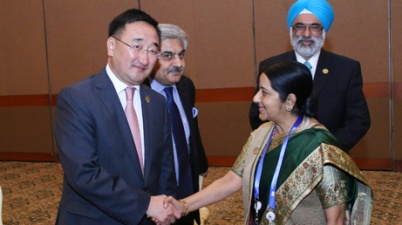 Newsroom24x7 Desk Jakarta: India’s external affairs Minister Sushma Swaraj has utilised the 10th anniversary of the New Asian African Strategic Partnership to send out a message to the world that […]

Evidence of retreat of glaciers: River flows will not decline as melt rates in eastern Himalyas will increase

Kathmandu: Multiple researchers, who attended the International Symposium on Glaciology here, presented evidence of the retreat of glaciers in the eastern Himalayas, but suggested that river flows will not decline […]

Newsroom24x7 Desk Japan, defeated in World War II, was accepted once again by the international community in the post-war era. Based on its remorse regarding World War II, Japan has […]

Fertilizer Use to Surpass 200 Million Tonnes in 2018