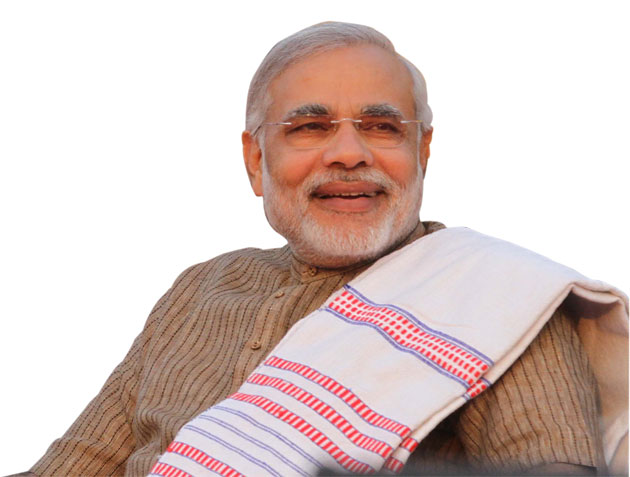 New Delhi: On the first anniversary of his government, Prime Minister Narendra Modi on Tuesday said our objective is to transform quality of life, infrastructure and services. He also gave the assurance to the people that the goal is to “build the India of your dreams and that of our freedom fighters.”

In a letter to the people to mark his one year in office, the PM has said: “We assumed office at a time when confidence in the India story was waning. Un-abated corruption and indecisiveness had paralyzed the government. People had been left helpless against ever climbing inflation and economic insecurity.”

Stressing that urgent and decisive action was needed, the Prime Minister said runaway prices were immediately brought under control. The languishing economy was rejuvenated, building on stable, policy-driven proactive governance. Discretionary allotment of our precious natural resources to a chosen few was replaced with transparent auctions. Firm steps were taken against Black Money, from setting up an SIT and passing a stringent black money law, to generating international consensus against the same.

Uncompromising adherence to the principle of purity, in action as well as intent, has ensured a corruption-free government Modi has stated in his letter adding significant changes have been brought about in work culture, nurturing a combination of empathy as well as professionalism, systems as well breaking of silos. State governments have been made equal partners in the quest for national development, building the spirit of Team India. Most importantly, we have been able to restore Trust in the government, he has pointed out.

The PM has underscored the achievements of his government by stating that guided by the principle of Antyodaya, his Government is dedicated to the poor, marginalized and those left behind. He has further said in his letter: ‘We are working towards empowering them to become our soldiers in the war against poverty. Numerous measures and schemes have been initiated – from making school toilets to setting up IITs, IIMs and AIIMS; from providing a vaccination cover to our children to initiating a people-driven Swachh Bharat mission; from ensuring a minimum pension to our labourers to providing social security to the common man; from enhancing support to our farmers hit by natural calamities to defending their interests at WTO; from empowering one and all with self attestation to delivering subsidies directly to people’s banks; from universalizing the banking system to funding the unfunded small businesses; from irrigating fields to rejuvenating the Ganga River; from moving towards 24×7 power to connecting the nation through road and rail; from building homes for the homeless to setting up smart cities, and from connecting the North-East to prioritizing development of Eastern India.
In another letter to the people on economic issues, the PM said:

One year ago, you had entrusted me with the task of building a new India and putting a derailed economy back on track. We have achieved a lot. Economic growth has been revived, and is among the fastest in the world. Inflation is substantially down. Fiscal prudence has been restored. Confidence is up. Foreign investments have increased. This positive outlook is endorsed by major rating agencies and international institutions across the world.

Bold reforms pending for decades have been implemented. Diesel prices have been decontrolled. The Goods and Services Tax (GST) is slated to be introduced next year. By facilitating companies to Make in India through a focus on Ease of Doing Business, new jobs are being created. Cooking gas subsidies are being paid directly to beneficiary bank accounts under PAHAL – ensuring the right amount of subsidy, reaches the right people, at the right time. FDI limits in insurance, railways and defence production have been raised. Moreover, we have embraced the states as equal partners in national development, working as Team India in the spirit of cooperative and competitive federalism.

Political interference in public sector banking decisions is a thing of the past. Transparent coal auctions and allotments have mobilized potential revenues of Rs. 3.35 lakh crores to coal-bearing states over the lifespan of mines. And reform in the Mines Act has replaced a discretionary mechanism with a transparent auction process. To combat black money, a Special Investigation Team has been appointed and a new stringent law passed.

Nearly Rs. 1 lakh crores of public investment have been allocated in this year’s budget to improve physical as well as digital connectivity. A comprehensive transformation of the railways into a locomotive of growth has begun. Stalled highway projects are being restructured and revived. Power generation is at an all-time high. A new National Infrastructure Investment Fund has been set up with an annual government funding of Rs. 20,000 crores.

Economic growth benefits all Indians. Growth however, has meaning only if it empowers the poor, farmers, women, as well as middle and neo-middle classes of all communities. To enable us to continue paying remunerative prices to our farmers, we secured a permanent ‘peace clause’ at the WTO. The world’s largest financial inclusion project has brought banking to the doorsteps of the poor, opening a record 15 crore plus bank accounts with deposits of over Rs. 15,800 crores. An affordable social security system including pension, life insurance and accident insurance, has already witnessed 6.75 crore enrolments in its first week. MUDRA has been set up with a corpus of Rs. 20,000 crores to help our small businessmen, who despite being our biggest job creators have historically been starved of credit.

A lot has been achieved. However, this is just the beginning. There is much more to be done and I know your expectations are high. A year ago I gave you my word that while I might perhaps commit errors, I would always act with pure intentions and spend every available moment working for a better India. I have kept my word. I seek your continued support, suggestions and blessings in building the India of our dreams.