Changes taking place in the Arctic will impact the entire world: Barack Obama

#GLACIER Conference and Global leadership in the Arctic

Newsroom24x7 Anchorage, Alaska: A two day Conference on Global Leadership in the Arctic: Cooperation, Innovation, Engagement and Resilience, or GLACIER which started Sunday (30 August) evening here with the Welcoming […] 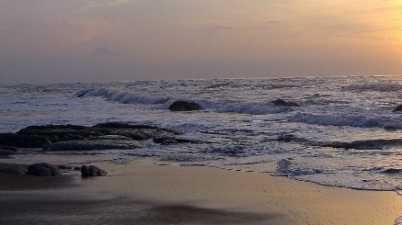 Newsroom24x7 Desk New Delhi: The Visakhapatnam coast is facing erosion since beginning specially Ramakrishna Beach and submarine Museum region due to lack of sand supply from southern side. About 50-55 meters […]

Earth Day 2015: Let us pledge to save the Tiger, Natural Resources and Biodiversity

Newsroom24x7 Exclusive Today, on Earth Day, Newsroom24x7 joins the global environmental movement that began in 1970 to express concern about increasing threats to Mother Earth and put environmental concerns in […]

Sewage sludge and pig farming in the heart of Bhopal: A continuing disaster

Newsroom24x7 Desk Bhopal: There is nuisance as sewage is being allowed to flow freely in the heart of Char Imli, a residential area in Bhopal, the capital of the central […]

Evidence of retreat of glaciers: River flows will not decline as melt rates in eastern Himalyas will increase

Kathmandu: Multiple researchers, who attended the International Symposium on Glaciology here, presented evidence of the retreat of glaciers in the eastern Himalayas, but suggested that river flows will not decline […]

Lalit Shastri While the proposal of Rio Tinto Exploration India Private Limited for prospecting of diamond in 2329.75 hectare of forest land located in Buxwaha range of Chhatarpur district in […] 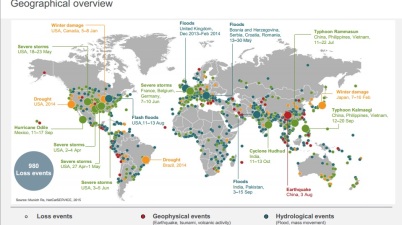 Review of natural catastrophes in 2014: Lower losses from weather extremes and earthquakes

The absence of very severe catastrophes and a quiet hurricane season in the North Atlantic meant that losses from natural catastrophes in 2014 were much lower. At US$ 7bn, the […]

Lalit Shastri Bhopal, Dec. 2: The Bhopal gas disaster and several issues linked with it continue to present a disastrous and gloomy picture even thirty years after the state capital […]