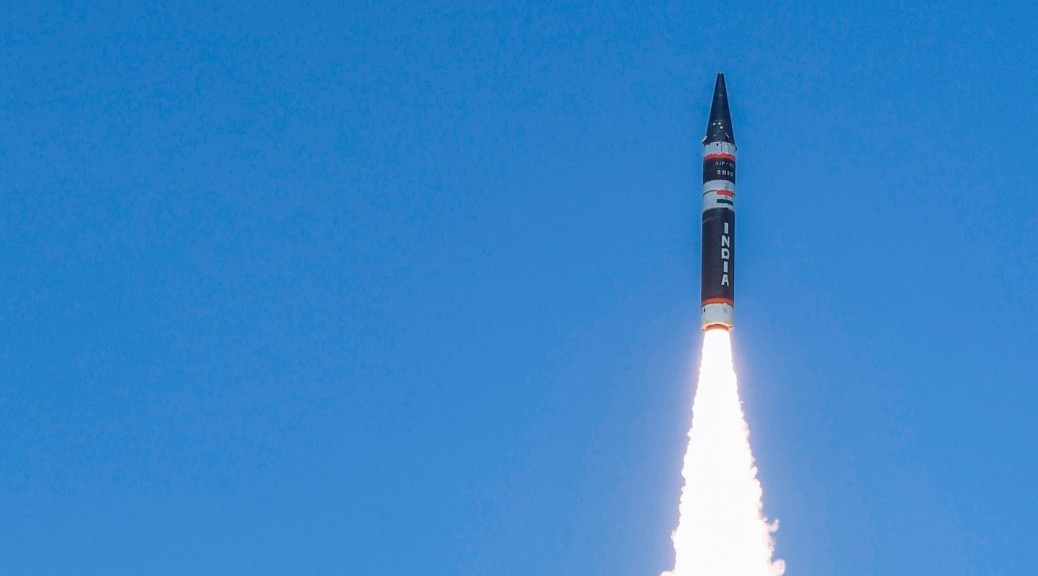 Agni P is a new generation advanced variant of Agni class of missiles. It is a canisterised missile with range capability between 1,000 and 2,000 kms.

Jammu: Indian Air Force on Sunday 27 June confirmed that two low intensity explosions early Sunday morning in the technical area of Jammu Air Force Station. One caused minor damage to the roof of a building while the other exploded in an open area.

According to unconfirmed reports, drone had been used to drop the explosives during the intervening night of 26 and 27 June. Terrorist angle and a Pakistani plot is not being ruled out. All aspects are now being investigated.

An exclusive report by Dr G Shreekumar Menon, IRS, (Rtd) published by Chanakya Forum titled “Drugs and Guns Invade Lakshadweep” points to the fact that China now has a controlling stake in the Hambantota Port Project, and the Colombo Port City special economic zone (SEZ).  According to Dr. Menon, the “threatening new Chinese presence” is barely 290 km from the southernmost tip of the Indian peninsula – Kanya Kumari, and we hear the news of this massive drugs and guns trafficking into Lakshadweep.

Dr Menon has raised the alarm by underscoring that in this backdrop, the Government of India and the Union Ministry of Defence should sit straight and stay fully alert about the potential threat to India’s security – especially after the Indian Coast Guard ships and aircraft intercepted a Sri Lankan vessel Akarsha Duwa with six crew off Minicoy Island on March 5, 2021. Upon questioning, the crew confessed to carrying 200 kg high grade Heroin and 60 kg of Hashish, which was jettisoned in the sea on sighting the Coast Guard ships.

The report goes on to add: “On March 18th 2021, the Coast Guard, had intercepted three vessels on suspicion, and after rummaging, recovered drugs and guns from one of the vessels. The value of the drugs has been estimated at Rs.3000 crores.  Five AK 47 rifles with 1000 live rounds were also seized”.

Further, the report published by Chanakya Forum focuses attention on the interception by the Indian Coast Guard in November 2020 of a Sri Lankan boat and recovery of narcotic drugs and guns worth about Rs.1000/ crores, near Tuticorin. 99 packets of Heroin, 20 boxes of synthetic drugs, a Thuraya set and five 9mm pistols were recovered. in a statement, General Jamwal said Dr Gupta was a great Dogra leader. “We shall miss him particularly during these crucial times.

We remember him for upgrading the Memorial of Brigadier Rajinder Singh at his village Rajinderpura at Samba, the District of the braves.

I remember requesting him for moving the JAK Rifles Centre from Jabalpur to Jammu during the height of militancy to give Jammu region it’s intrinsic security as had been recommended by the Northern Army Commander, Gen Nanavati.

Next time he met me he not only confirmed it but told me that he had allocated Rs 3000 Crores also.

He was a man of conviction. Jammu has lost him at the wrong time

All the Veterans Salute their Rajya Raksha Mantri and offer condolences to the bereaved family.”