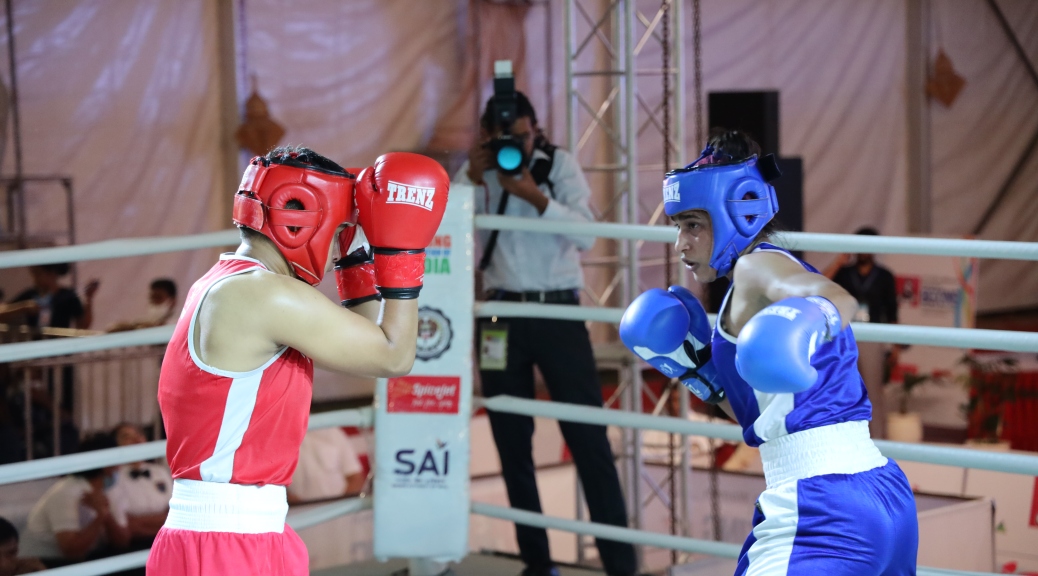 Manju,  representing Railway Sports Promotion Board'(RSCB )lived up to the expectations as she dominated the ring throughout the contest giving no quarter to her rival.

Haryana’s Nitu also produced an equally flawless performance as she beat Rajasthan’s Swasti Arya by a similar margin in another one-sided bout in the 48kg category.

Earlier, during the bouts played late on the second day, two-time Asian champion Pooja Rani started her campaign with a comfortable 5-0 win against All India Police’s Pinki 5-0. Pooja, who hails from the Bhiwani district, had represented India at the 2021 Tokyo Olympics.

Since the resumption of sports in India post Covid-19 pandemic, this is the sixth national championships that the BFI has organized, following the successful conduction of junior, youth, and men’s national events.
HSB