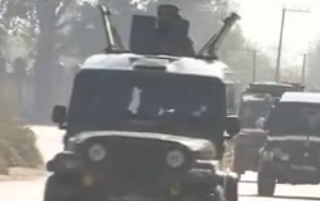 Srinagar: Five Army personnel were martyred and two terrorists killed in encounters between security forces and terrorists in different parts of Jammu and Kashmir on Monday.

One JCO and four jawans succumbed to critical injuries in an encounter in Poonch district.

A terrorist killed by Police and security forces in Kashmir on Monday 11 October has been identified as Imtiyaz Ahmad Dar affiliated with proscribed terror outfit LeT (TRF). He was involved in recent civilian killing at Shahgund Bandipora, according to IGP Kashmir.

Encounter started at Khagund Verinag area of  Anantnag Sunday night andGundjahangir in the Hajin area of Bandipora early on Monday.

Police said in a statement that a video clip is being circulated on social media in which false allegations were being made about the facts of Monday’s operation at Gundjahangeer Hajin.The clips were being engineered to rouse passions and to disturb law and order, the police said.