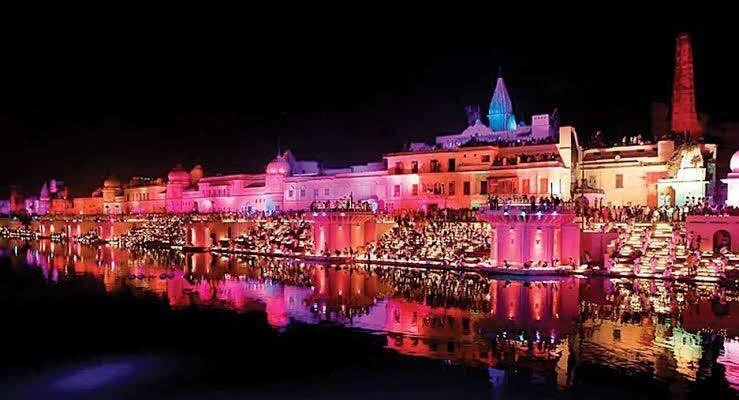 At a time when we are at a crossroads and there is a growing talk of writing Indian history without bias or context, it needs to be emphasised that all should be taught our glorious history and also every bit of how the history of the last millennium, of the vast Indian sub-continent, has been fudged to bury the holocaust, massacre of millions of Hindus and how they were subjected to barbaric torture for religious conversion. This is not just a subject matter of history, it’s been a continuous process.

It is not long ago that the world witnessed the biggest displacement of population in human history and the slaughter of more than a million by those who swore by the two nation theory when India was divided in 1947.

As recently as 1990-91, the Kashmir valley was turned into hell by the same radicalised mindset that drove out the Kashmiri Hindus from their homes and made them refugees in thier own country- they did this by terror, rape, loot and murder.

We have to be cautious of those who define their religion by “us and them” and have preferred to organise themselves politically and nation-state wise under a common religion. They choose to coexist with the followers of “other religions” for the sake of their own existence either on their (religious) terms when they are in majority or else they flow with the current when in minority. Even today the Muslims keep migrating and pushing into non-Muslim areas and slowly but surely change its demographics and then start a clash with existing cultures in order to convert them. We have the burning example of Europe, Bangladeshis and the Rohingya.

Hindus, who have suffered immensely over the last 1000 years at the hands of the barbaric invaders, would be too naive to shut their eyes and black out history that’s been underscored by invasions for the purpose of subjugation of a vast population – rich both in terms of culture and wealth – and for religious dominance. Can one afford to overlook the fact that Jihad being integral to Islam, led to every invader piling up mounds of Hindu skulls and the destruction of learning centers like Taxila and Nalanda. For centuries, the original habitants have suffered death destruction, loot, mayhem and rape. The same trend has continued in Kashmir.

For a nation and ancient civilisation like India, in order to remain great, what’s imperative is that its vast majority of people should be well versed with its history, ancient culture, Sanatan dharma, ethos and knowledge covering all aspects of life and philosophy that’s enshrined in our Vedas, Brahmanas, Upanishads and the great epics like the Ramayana and Mahabharat, the trailblazing Sanskrit literature immortalised by the great poet Kalidasa and also the ancient Tamil Sangam literature.

At the time of Independence, when the communal leaders and radicalised among the Muslims were trying to divide the people, there was a miniscule section among the Muslims that felt that the economic prosperity of the people did not depend on their religion.

Mohamed Ali Jinnah, after building himself as a liberal leader during the Freedom Struggle, took the rabidly rigid stand that because of their religion, Muslims formed a separate nation and he was the kingpin behind India’s partition and the creation of the Islamic Republic of Pakistan. Globally, it is known as a terrorist State that has patronised the jihadi terrorists who are responsible for perpetuating violence in Kashmir.

When Jinnah was going full steam ahead with his two nation theory knowing that pan-Islamism of the pre-British India was a thing of the past, there was Bahadur Yar Jung, the Nizam of Hyderabad, who in his capacity as the president of the Majlis-e-Ittehadul Muslimeen, was treated by the Muslims as their true benefactor. A few years before India’s partition, he ensured that a short statement of faith (Kalima) be recited at all the meetings of the Ittehad to assert Islamic dominance.

At the time of Independence, besides, Junagadh and Jodhpur, we also have the case of Nawab Hamidullah Khan of Bhopal, who was an active member of the All-India Muslim League and a close ally of Jinnah. When India was being divided in1947, he advocated the cause of Muslim autonomy within India and wanted to retain Bhopal as a separate independent State. After a mass agitation for merger and due to Sardar Patel’s iron fisted handling of the situation, Hamidullah Khan was left with no option but to sign the merger agreement.

In the post-Independence scenario, the Congress party chose to blatantly play the communal card by appeasing the Muslims and treating them as a vote bank assuming it would perpetually keep the party rivetted to power. Shahbano is a case in point that exposed Rajiv Gandhi and his communal politics. The lid was off when Indira Gandhi, during the draconian Emergency days, got the word “Secular” inserted in the Indian Constitution.

After becoming Prime Minister, Narendra Modi has taken major steps like ending Triple Talaq and abrogating special status to Jammu and Kashmir under Article 370. After the Citizenship Amendment Act, there is also over-riding political will to implement the National Register of Citizens for the rest of the country after its implementation in Assam. NRC is meant to identify and deport illegal immigrants, especially from Bangladesh.

As the Bharatiya Janata Party led ruling NDA has called the bluff, vis-a-vis the Muslim vote bank inherent in Congress politics, the Congress party has lost much of its ground and popular base at a rapid pace. Consequently, the Muslims have started deserting the sinking ship. But, instead of joining the mainstream and going for issue based politics, they are still voting enbloc on religious lines – something so amply demonstrated in the just concluded general election to the Bihar Assembly, where AIMIM’s strong showing has catapulted Asaduddin Owaisi as a pan-Indian Muslim leader in the making.

To sum up, India boasts of a plural society, people talk without end about the “Ganga-Jamuni sanskriti” (composit culture associated with the Ganga-Jamuna basin), unity in diversity and secularism. At the same time, we also have the Muslim vote bank that puts a huge question mark on all this. Then there is also the Popular Front of India (PFI), an extremist Islamic organisation, now under Government of India’s scanner for alleged links with global terror outfits. In its backdrop, is the banned Students’ Islamic Movement of India (SIMI). It’s stated goal was “liberation of India” and its conversion to an Islamic land.

There are pockets of densely populated land or call them ghettoised habitations of Muslims that are multiplying in geometric proportion in different parts of the country. We have a huge floating population, mostly comprising of illegal Bangladeshi settlers, who have succeeded in merging with local residents possessing all essential citizenship papers in different parts of the country and have gelled with the crowd even in major urban centres like New Delhi and Bengaluru on a rampant scale. In Delhi, where the citizens had to suffer a lot due to the anti-CAA Shaheen Bagh agitation and the bloody riot that followed, the Aam Admi Party is in power, more as it could succeed in hijacking the Muslim Vote bank from the Congress.

Muslims have gone to the extreme in polarising the Indian society and have made it so visible by spreading Wahhabism, and this amounts to juxtaposition of all thats vastly heaped in Indian tradition with the visible aspects of the Arab way of life. This amounts to flooding or sweeping aside the glorious Indian culture with all that’s alien.

The majority population in India is of the strong view that it is high time we should do something concrete to go back to the roots. There is a growing public opinion that the Constitution should be fine tuned and rationalised to address the hopes and aspirations of the vast majority. Why not declare India as a Hindu Rashtra?