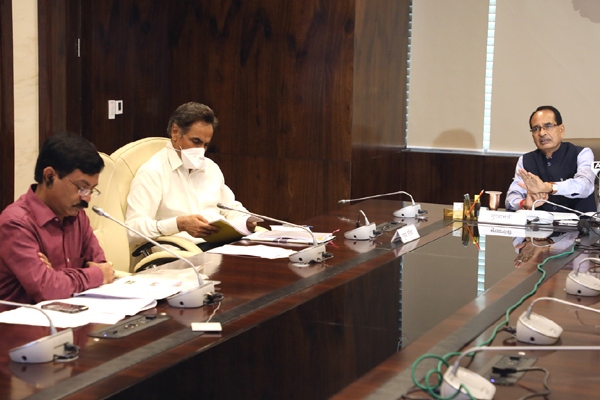 Bhopal: Madhya Pradesh Chief Minister Shivraj Singh Chouhan has announced that only students from within the State will be absorbed in government service in Madhya Pradesh.

The Chief Minister has underscored that necessary statutory provisions will be made to ensure that only students from Madhya Pradesh are given government jobs in the State.

The Chief Minister’s announcement smacks of political expediency and it may give him few brownie points before the bye-elections for close to two dozen seats in the State Assembly now lying vacant but it is flawed on quite a few counts.

Before Chouhan, former chief minister Kamal Nath had also taken the populist road when immediately after assuming office he had announced much to the discomfort of industrialists that 70 per cent of the jobs in the industrial sector will have to go only to those from Madhya Pradesh. Any industry not following this norm would have to pay the price as it would not be entitled to avail subsidies or other government benefits, it was announced categorically by Kamal Nath. The industrialists’ found themselves in a tight corner on this issue due to the general poor quality of education and lack of skill development in the State. They were left wondering where they would end up if this becomes the order of the day.

Besides the human resource factor, which has continued to be the bane of the State’s backwardness on a continuous basis, the latest announcement by the Chief Minister regarding the filling of government jobs only by students from Madhya Pradesh, on the one side could have a rippling effect and an equal and opposite reaction from other States leading to more parochialism and provincialism and this could become a pan-India problem and on the other side the big question that Chouhan will have to address is what about the wards and children of those who are in the all-India services and the armed forces whose jobs are transferable and they could be posted any where in the country. These children, although domicile of Madhya Pradesh, obviously end up studying out side. Will they be declared ineligible for recruitment in State services?

The Chief Minister was reviewing the implementation of welfare related announcements made on Indpendence Day and holding a brainstroming session with his Cabinet colleagues to define the roadmap for self-reliant Madhya Pradesh on Tuesday 18 August 2020. On this occasion, the Chief Minister told the Group of Ministers to submit their report by August 25 on the roadmap for Atmanirbhar Bharat (self-reliant India).