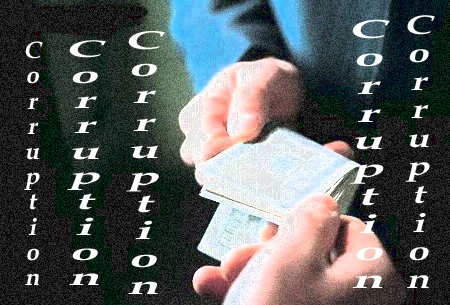 The matter pertains to the period 2007 to 2009 and the occurance of crime revolves around Delhi and other places.

Two preliminary enquiries were registered by the CBI against PC Chaturvedi, IAS (retd), ex-DG ESIC and others on 28 March 2018 on the basis of a complaint received on 11 November 2016 from BN Tripathi, the Chief Vigilance Officer of ESIC. It was alleged that Chaturvedi, during the period 2007 and 2009, had sanctioned 14 projects totalling Rs. 6255.39 crore in violation of CVC guidelines. He also did not have the powers under the ESIC Act, 1948 to sanction construction of medicval colleges and his power of sanctioning capital works was limited to Rs. 25 crore only. It was further alleged that M/s Design Associates, Noida was allotted 20 projects by ESIC costing approximately Rs 3755 crore. M’s Skylne Architect, Gomti Nagar, Lucknow was awarded 5 projects costing Rs. 2158 crore, M’s Mukesh Associates, Salem, Tamil Nadu was awared 8 projects worth Rs. 1528 crore and the other were awarded 1 to 5 projects and 18 were not awarded consultancy work of any project at all. No transparency was observed private architect Consultant. It was further alleged that the accused ex-DG ESIC had purchased medical equipment through construction agencieson nomination basis and had also sanctioned an amount of Rs 798 crore for procurement of medical equipment violating CVC and General Financial Rule (GFR) guidelines. It was also alleged that the appointment of PR Roy as Chief Engineer was done without advertisement and without consultation with UPSC. It is further alleged that the Architect Consultants were paid fees for stage IV of consultancy linked with the tendering process, which never took place as works were awarded to construction agencies on nomination basis.

Enquiry has revealed that the consultant for Medical Education Project, who submitted the feasibility report had not at all examined the issue of starting medical colleges at 7 places – Gulbarga (Karnataka), Bihta (Bihar), Mandi (Himachal Pradesh) Alwar (Rajasthan), Maiktala (Kolkata), Faridabad (Haryana) and Bhubaneshwar (Odisha). It is also revealed that the mandatory Insured Person 9IP) units were not available at Gulbarga (Karnataka), Bihta (Bihar), Mandi (Himachal Pradesh) and Alwar (Rajasthan). Still Chaturvedi initiated action to establish medical colleges in these four places. The ESIC Medical Colleges at Bihta, Mandi and Alwar are in the procvess of or already have been transferred to the respective State Governments as it was not feasible to maintain these colleges in view of lack of adequate number of IP units.