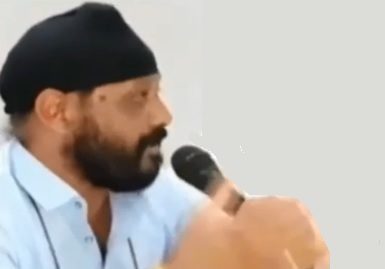 Bhopal: Amid talks of horse trading and the Congress allegation that the BJP was trying to topple the Madhya Pradesh Congress Government led by Kamal Nath, it was reported on Thursday evening (5 March 2020) that one Congress MLA Hardeep Singh Dang has submitted his resignation as member of the State Assembly.

Chief Minister Nath told media that he had received information about Hardeep Singh Dang’s resignation but had not received any letter from him or discussed the matter in person. Till he does not meet him in person, it would not be appropriate for him to comment in this matter, the Chief Minister said.

Congress leaders have been accusing the BJP of trying to erode the ruling Congress party’s wafer thin support base keeping eyes on the Rajya Sabha election later this month and also to topple the Congress Government. The BJP has denied this alleagtion. former Chief Minister Shivraj Singh Chouhan has denied this charge stating that the Congress party is suffering from inner party dissension.

Reports on Thursday evening, indicated that 4 Congress MLAs were keeping themselves away from public gaze and had gone into hiding at some posh retreat in Bengaluru.