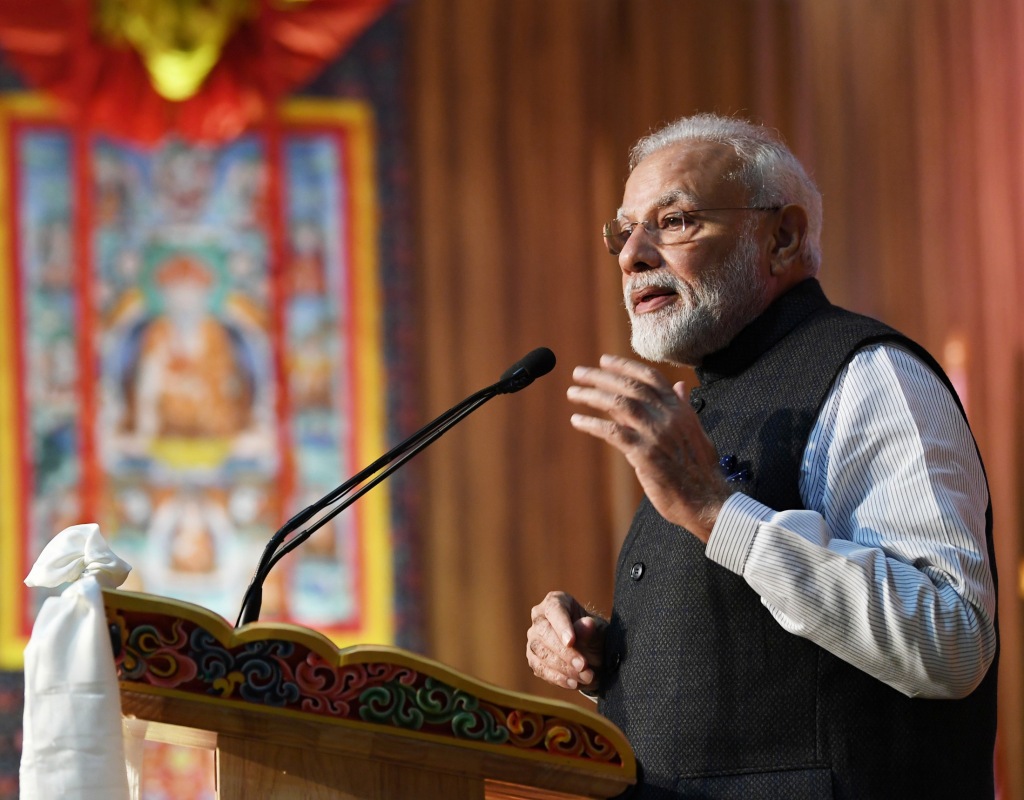 Thimpu: Prime Minister Narendra Modi on Sunday underlined that going beyond the traditional sectors of cooperation, India and Bhutan are seeking to cooperate extensively in new frontiers, from schools to space, digital payments to disaster management.

For centuries, education and learning have been central to the ties between India and Bhutan, Modi said adding in this day and age, it is crucial to connect scholars and academics beyond borders, so that creativity and talent of our students bring them at par with the best in the world.

In Bhutan, development, environment and culture are not at loggerheads but are in synergy, Modi said and went on to observe that the shared values between Bhutan and India have shaped a common world-view. This is visible in Varanasi and Bodh Gaya. And also in Dzong and Chorten. And as people, we are fortunate to be the living vehicle of this great legacy.

Modi said that India is fortunate to be the land where Prince Siddhartha became Gautam Buddha. And from where the light of his spiritual message, the light of Buddhism, spread all over the world. Generations of monks, spiritual leaders, scholars and seekers have burnt that flame bright in Bhutan. They have also nurtured the special bond between India and Bhutan.

No other two countries in the world understand each other so well or share so much, Modi underscored adding no two countries are such natural partners in bringing prosperity to their peoples.

Modi said, Bhutan has understood the essence of happiness. In any part of the world, if we ask the question what do you associate with Bhutan, the answer will be the concept of Gross National Happiness.

For us, the space programme is not just a matter of national pride, Modi emphasised as he went on to state that it is a vital instrument of national development and global cooperation. At this very moment, India’s second Moon mission, Chandrayaan-2 is on the way to the moon. By 2022 we intend to place an Indian in space, on an Indian spacecraft.

Modi told the audience that much of what he wrote in “Exam Warriors” is influenced by the teachings of Lord Buddha. Particularly, the importance of positivity, over-coming fear and living in oneness, be it with the present moment or with Mother Nature. book. Exam Warriors, is a book I wrote about how to face exams without stress.

Throwing spotlight on India, the Prime Minister said India is eliminating poverty faster than ever before. The pace of infrastructure construction has doubled in the last five years. We have just pledged about 15 billion dollars for next-generation infrastructure.