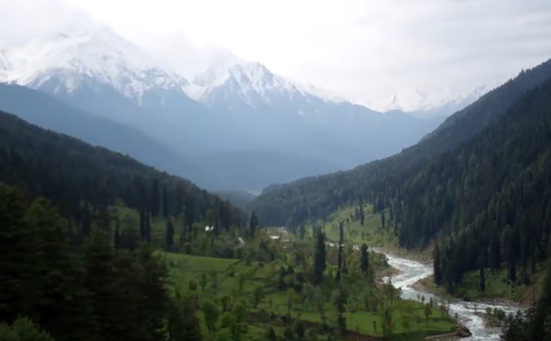 Al Jazeera, on the occasion of Eid on Monday, 12 August 2019, went all out with its tirade against India by questioning the “security related restrictions” in Kashmir and turning a blind eye to the fact that the prohibitive orders are not against the people of Jammu & Kashmir (J&K) but aimed at preventing cross-border terrorism and any possibility of violence by a section of the radicalised local youth who have become synonymous with the anti-India stone-pelting mobs that have been holding normal life to ransom in parts of the Kashmir valley over the last several years.

Al Jazeera has made a futile bid to fan the communal fire by posting on twitter on Eid that restrictions have been imposed on mosques in Kashmir by “Indian troops” apprehending protests over what it choses to describe as “stripping the region’s autonomy.” In the same stroke, it goes on to pander to Pakistan stating that “Pakistan’s government called for Eid al-Adha festival to be observed in a “simple manner” in solidarity with Kashmiris living on the Indian side of the divided region.”

In its news coverage, Al Jazeera, without saying it in as many words, has made a desperate attempt to question India’s soverignty and Jammu and Kashmir’s status as an integral part of India, by referring to Srinagar as the main city of “Indian Administered Kashmir”.

Like Al Jazeera, even BBC was not lagging behind in orchestrating the same line. BBC also said: “People in Indian-administered Kashmir observed the Muslim festival of Eid al-Adha amid a communications blackout and tight security on Monday.” BBC also has flashed a video clip projecting that there was protest, violence and incidents of stone pelting at few places coinciding with Friday prayers but this has been denied by the concerned authorities in India.

Closer home, Congress leaders P Chidambaram and Digvijay Singh, on Monday came under sharp attack from those in the ruling BJP. Chidambaram is being criticised in the strongest terms since he went to the extent of communalising the abrogation of Article 370 provisions by stating: “it was scrapped as J&K is a Muslim State”. Digvijay on the other hand, has gone on camera saying that those who want to know what’s happening in Kashmir should visit bbc.com.

New York Times on 8 August, two days after both houses of the Indian Parliament had approved the scrapping of special status to J&K selectively published an opinion piece by a former J&K minister Haseeb A Drabu titled “Modi’s Majoritarian March to Kashmir”. Tragically enough, the Minister in his article refers to the democratically elected government as “India’s new rulers” and he too toes the communal line stating that for them “Muslim-majority Kashmir was the perfect place to announce the rise of India’s new muscular nationalism and unabashed majoritarianism.”

A day earlier, NYT had pubslihed another piece by Mohammed Hanif, a Pakistani novelist with the title that “India Annexes Kashmir and Brings Us Back to Partition”.

In India too, there are sections of the media and journalists who are kowtowing the line taken by the main Opposition Congress party and opposing the scrapping of special status to J&K. They are shooting from the hip without bothering to understand that the security situation in the border State under Governor’s rule demanded not just proactive measures on the part of Government of India but Constitutional remedy and abrogation of provisions of Article 370 vis-a-vis J&K and bifurcation of the State into two Union territories, is a major step for solving the Kashmir crisis that has been aggravated by the low intensity war waged by Pakistan, cross-border terrorism, ethnic cleansing, secessionist elements, rampant corruption, lack of accountability for acts of omission and commission involving politicians, and en masse radicalisation of the Kashmiri youth.

Those now beating their chest on revocation of special status to J&K forget that an important basis for creating this law was to protect the ethnic identity of the people of Jammu and Kashmir. In sharp contrast, what we have is not protection of ethnic identity but ethnic cleansing from pockets of the Kashmir valley. This was done by uprooting and pushing out the minority Kashmiri Hindus from their homeland and forcing them to become refugees in their own country. When that was happening there was no chest beating by the those who have now joined the chorus against moves by the Indian Government to clamp down on those challenging the sovereignty and integrity of India.

The special status granted to J&K under Article 370 did not help in maintaining people’s cultural identity. It only gave protection to the secessionist elements, terrorists and those living off slush money and were bent upon radicalising the Kashmiri youth and keeping them out of the national maintream. These forces have been working overtime and were trying to bury “kashmiriyat” or the Kashmiri culture which in the true sense has always symbolised the best in Indian philosophy and tradition. There are also many external agencies that in the garb of promoting research and intellectual persuit pamper so many academicians and journalists and give them handsome financial support to build theories and build a lot of hype around issues such as democratic rights of the people of Kashmir and human rights. They do not see cross-border terrorism, the death of countless security personnel and Pakistan’s low intensity war against India.

Kashmir has remained the crucible of all religions. Nilamata Purana and Kalhana’s Rajatarangini throw light on classical and composite Kashmiri culture and also on the rise and development of Buddhism. In Srinagar, we have the Hazratbal Shrine and the Shankaracharya temple. The holy Amarnath cave near Pahalgam and Vaishneo Devi Shrine near Katra in Jammu attract pilgrims from across the country and the entire world. J&K also is known for its Sufi tradition. Those who have been trying to assert the supremacy of the majority Muslims in J&k that too by propogating Islamic radicalism are only fanning the communal fire and trying to destroy the secular fabric of India. They will not succeed even an iota in this evil design as India believes in inclusive pluralism and the Hindus and Muslims in this country have been living in harmony and shall continue to live with the spirit of brotherhood and communal amity for all times to come. The message should be driven straight to those in Kashmir who want another partition of India that this has happened once on communal lines in 1947 but the people of India will not let that happen again.


Who will protect the rights of the Kashmiri Pandits

One thought on “The World should know J&K is an integral part of India; “Kashmiriyat” and Majoritarianism don’t go together”