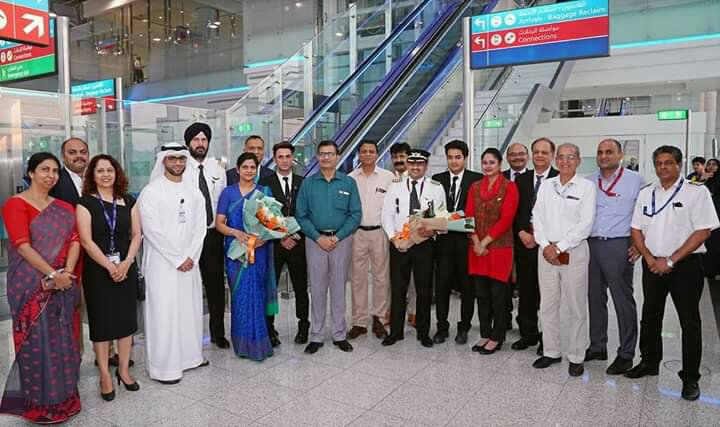 The launch of the indore Dubai flight  from indore airport was almost an emotional affair. This flight was genuinely welcomed by the people of Indore as it opens up the Malwa region directly to the international tourist. This first international flight from Madhya Pradesh, especially from indore, has been a long awaited flight as I knew from my tourism days when Ì headed Madhya Pradesh Tourism.

“Hindustan ka dil” (Heart of India) really opens up its heart to the international tourists with this flight. – Ashwani Lohani, CMD Air India