PM Modi, FM & Investment: Can investor confidence be won over a Budget? 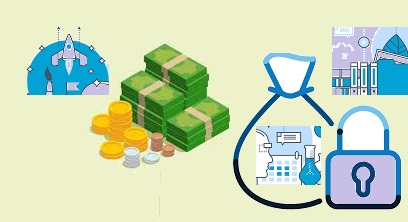 These are some prominent reasons why private investors continue to be wary of the government. This government would do well to look at the 80’s and 90’s of the 20th Century, when most investments took place in India. What the government in those days did well to inspire investor confidence. For beginners the ambivalent attitude that ‘every businessman is a swindler ‘ has got to go. Can this socialist mindset be broken by the government? PM Modi has to take the lead to bring the fresh approach to usher in the much needed confidence. Can he is the point?

If there is one issue that stands out in the Budget of 2019-20 it is the FM urging the private sector to invest in the India growth story. It has been signaled by the FM that the $5 trillion economy that the PM has targeted needs the active participation of the private sector- to create jobs, manufacture goods, increase exports, generate revenue for government through taxes etc. If one has to look at Modi 1.0 the five years budgets were concentrated on various Yojnas for the hinterland. During this period the government set about what it felt were the mistakes of the UPA government it brought bills like Insolvency and Bankruptcy Code, Indradhanush scheme (remonetising the banks), amendment to the SARFESI and Debt Recovery Tribunal Act . Today after five years of setting the house in order the FM is actively seeking private participation by seeking their opinion at various round tables, hinting at Global Investor Summit etc. However will it be easy to win the confidence of the investor that the Modi 2.0 government now seeks? Has the government done enough for investors to start investing?

Firstly,to begin with are the banks lending? Today most banks are unwilling to lend money for any project no matter how good. Why? There is an interesting history to this unwillingness . The Modi 1.0 government called UPA a scamster and this allegation brought it to power. But when the matter went to the apex court the government surprisingly furnished no proof of any scams. If the BJP then was so confident of scams by UPA why did it not furnish proof when it is in the government? Besides not furnishing proof it did not follow on the loss to the exchequer as was claimed by CAG. In this saga the biggest fallout was breaking of trust between banks ,businesses and above all the trust in the government. Most bankers had lent money to steel, coal, telecom, infrastructure companies in honest faith to do business. If the business goes bad because of lack of demand what is a bank or a businessman to do? The globally accepted norm is to revive the company by infusing capital. If it still does not happen look for changing the management. Only if there are no takers is there a move to file bankruptcy and liquidate the assets. But what happened in India? The first step was television and social media trial calling the failing businessman a thief and bankers a crook besides sparking insinuations of connivance. Only after sufficient damage was done that the government come up with a strategy of 4Rs – Recognition, Resolution, Recapitalization and Reforms . But did this formula succeed? Today the NPAs have risen to Rs 8.06 lakh cr on March 2019 as compared to Rs 2.35 lakh cr on March 2015 when the government took reign. Besides, the list of willful defaulters has risen by 60% in the five years. Add to this is a long list of those who fled the country or applied for foreign citizenship. There is a theory in economics called the flight of Capital, but in India its the flight of the Capitalists too!

Second, has the Insolvency and Bankruptcy Act really worked? The Act was brought in 2016 to solve the issue to resolve corporate dispute mechanism especially for companies that are in steel, power sector. However there has been far from satisfactory results for the same. Nearly 1858 companies have gone in for dispute resolution of this more than 1000 are still under litigation. Only 94 achieved resolution and 243 were resolved by mutual consent. Given the slow process of judiciary it is highly likely that more cases will pile up rather than speed at which resolution is required.

Third, what is the cost of doing business in India? Typically a businessman today is offered an interest rate of 12-16% . So if in the cost of Rs 100 of a product Rs 16 goes to the bank only as interest compare this to any other country their rate is 2-6 %. But why is the money so expensive in India? One big reason is that the government is the biggest borrower. It has an insatiable appetite to meet its social and revenue expenditures (yojnas, welfare schemes). The government borrowing is the highest ever and stands at Rs 7.1 lakh cr for 2020. This has gone up by nearly 49% in the last 4.5 years. Add to this is the borrowing by PSU’s who are borrowing to meet government social needs (like NHAI for highway construction, NHB for Awas yojna, FCI for food subsidy etc). This borrowing stands at Rs 5.37 lakh cr a 100% increase from Rs2.73 lakh cr in 2016. Nearly all the money issued by the RBI is borrowed by the government (and PSUs) leading to high interest rates besides leaving hardly any money for the private sector to borrow.

Four ,the fear of the taxman. Every businessman is worried that if he makes any investment the tax sleuths will come knocking at his door asking for explanation of the money spent. Tax sleuths asking for arbitrary sums to meet their stiff tax targets is the continuing practice from the previous regime. The growing tax terrorism and arbitrations thereof which takes not less than 15 years or more to settle is keeping investors at bay. Add to this is the dishonoring by the government of international tax awards (like in Vodafone case) gives a signal that Modi 1.0 government is the law unto itself. After all the harassment the tax collection till March 2019 is full 1% less than the target set .

As if this is not enough the government continues to be in businesses that it should not be in. Despite claiming that it will disinvest it has not exited many business areas instead it chooses to run public enterprises inefficiently. The government continues to be owner of inefficient banks, bloated airlines, unviable fertiliser units, overmanned steel and mining companies etc. Not only does it run them inefficiently it distorts the prices of the end product thereby discouraging private investors to enter the fray. Why will any private player want to invest in these areas to compete with government inefficiencies?

These are some prominent reasons why private investors continue to be wary of the government. This government would do well to look at the 80’s and 90’s of the 20th Century, when most investments took place in India. What the government in those days did well to inspire investor confidence. For beginners the ambivalent attitude that ‘every businessman is a swindler ‘ has got to go. Can this socialist mindset be broken by the government? PM Modi has to take the lead to bring the fresh approach to usher in the much needed confidence. Can he is the point?