Rs. 200 crore weddings in Garhwal Hills: Questions that will stare at the guests

New Delhi: This past weekend, a section of the Indian mainstream media broke the story that the controversial Gupta brothers – Ajay and Atul – NRIs from South Africa, will be splurging something like Rs. 200 crore in hosting the wedding of their two sons in the Garhwal hills of Uttarakhand between June 18 and 22. 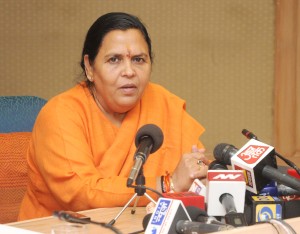 Reports indicate that the Uttarakhand State authorities are doing everything to make the event a grand success. Significantly, in this backdrop, former Union Minister and Madhya Pradesh Chief Minister, firebrand saffron clad Uma Bharti today issued a statement questioning the cost intensive wedding at Joshimath in Uttarakhand. Drawing attention to the deep and wide chasm between the rich and poor in the country, Bharti has said such vulgar display of wealth through weddings like this is responsible for the spread of the radical Maoist and the Naxalite idealogy, which is at the root of left-wing terrorism. Foreign forces have also used this drawback to weaken the country, she has further stated.

According to available reports a large number of helicopters have been hired for the wedding guests, including politicians, captains of industry and film personalities.

For a backgrounder on the controversial Guptas, Newsroom24x7 is reproducing its exclusive investigative report published on 16 July 2017

From Gandhi to Guptas: Satyagrah to “State Capture” in South Africa

The controversial family of the Guptas, which is more infamous than famous for its close ties with the President of South Africa Jacob Zuma and his family, is now facing the heat as the powerful Gupta brothers – Atul Gupta, Ajay Gupta, and Rajesh “Tony” Gupta – earlier this month (July 2017) were slapped with the charge by Democratic Alliance Shadow Minister of Finance, David Maynier that along with Mosebenzi Zwane – the then MEC of Agriculture and Rural Development– who hails from Vrede, these brothers should be tried for racketeering, money laundering, assisting another to benefit from the proceeds of unlawful activities, and acquiring, possessing or using the proceeds of unlawful activities in terms of the Prevention of Organized Crime Act (No. 121 of 1998); and submitting false, or untrue, tax returns in terms of the Tax Administration Act (No. 28 of 2011).

The Hindu reported on 27 February 2018 that the Johannesburg branch of Bank of Baroda had “suppressed alerts of suspicious activity in the politically influential Gupta family’s complex web of bank accounts Senior Bank of Baroda (BoB) officials suppressed numerous alerts filed by junior officials at the Johannesburg branch about transactions in accounts controlled by the Gupta brothers of the Sahara group, whose financial dealings resulted in the resignation of South African President Jacob Zuma.”

In October 2017, it was reported that the FBI had opened an investigation into Gupta nephews Ashish and Amol, who are US Citizens, resident in Texas, as a result of payments received from a Gupta-linked company in the United Arab Emirates.

On 16 February 2018, two days after Zuma had stepped down as president of South Africa, Ajay Gupta was declared a fugitive from justice by South African authorities after he had failed to turn himself over to the authorities