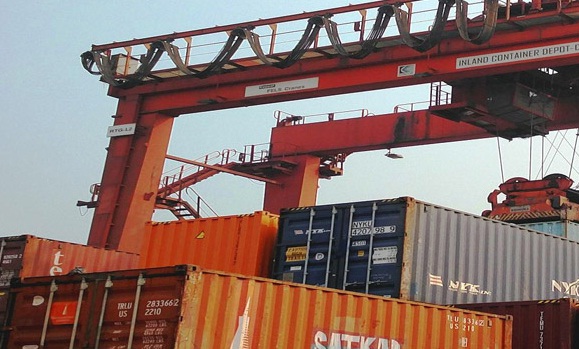 India, like the US and other nations shall always uphold its national interest in these matters. We have significant development imperatives and concerns and our people also aspire for better standards of living. This will remain the guiding factor in the Government’s approach. – India’s unequivocal stand on the US decision to withdraw GSP benefits

New Delhi: The United States of America (USA) has withdrawn India’s GSP benefits with effect from 5 June 2019 . These are unilateral, non-reciprocal and non-discriminatory benefits extended by some developed countries to developing countries.

The Generalized System of Preferences (GSP) is a U.S. trade program designed to promote economic growth in the developing world by providing preferential duty-free entry for up to 4,800 products from 129 designated beneficiary countries and territories.

The Ministry of Commerce & Industry today said in a statement: “India as part of our bilateral trade discussions, had offered resolution on significant US requests in an effort to find a mutually acceptable way forward. It is unfortunate that this did not find acceptance by the US. India, like the US and other nations shall always uphold its national interest in these matters. We have significant development imperatives and concerns and our people also aspire for better standards of living. This will remain the guiding factor in the Government’s approach.

In any relationship, in particular in the area of economic ties, there are ongoing issues which get resolved mutually from time to time. We view this issue as a part of this regular process and will continue to build on our strong ties with the US, both economic and people-to-people. We are confident that the two Nations will continue to work together intensively for further growing these ties in a mutually beneficial manner.”

The US is India’s second-largest trade partner, after China, with total trade (sum of imports and exports)  touching 74.3 billion of US dollars for the financial year 2017–18.

The two main destinations of exported Indian merchandises is the EU market and the USA.

The US President Trump’s proclamation to withdraw India’s GSP benefit is a result of the Trump administration’s policy of “bolstering American influence by leading a coalition of strong and independent nations to promote security, prosperity, and peace both within America’s borders and beyond. The promise of a better future will come in part from reasserting American sovereignty and the right of all nations to determine their own futures.”

This policy smacks of the US design and a self-centered motive to promote its own hegemony through what it calls a “coalition of strong and independent States”.

Trump is obviously finding himself clean-bowled by India’s decision to acquire the most advanced long-range S-400 missile defense system from Russia. The proclamation to withdraw the GSP benefit is obviously the automatic corollary.

India’s response in this matter should be treated as a firm message to the entire world that it is a strong independent nation and will not allow the US to carry on with its arm-twisting tactics.