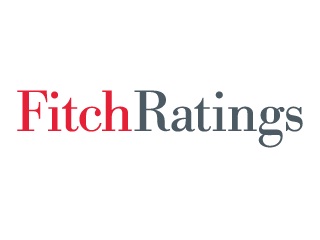 The ratings of these entities, which are driven by support from their respective parents, are unlikely to be affected.

The gross refining margins of the three OMCs declined by between USD2.3 per barrel and USD3.1 per barrel from FY18 to FY19 as the contribution from new refineries was lower than our expectations and product spreads narrowed. The cumulative FY19 capex of the three state-owned OMCs also exceeded Fitch expectations by around 24%. The capex was largely geared towards downstream capacity expansion, refinery upgrades to meet the government’s BS-VI emission standards, and petrochemical expansion. IOC and BPCL also increased shareholder returns during FY19 (see Fitch Rtgs: Risks to Indian Oil Marketing Cos as Govt Seeks More Returns), likely driven by pressure from the Indian government (BBB-/Stable) to shore up its weak fiscal position.

These factors resulted in a modest weakening of the OMCs’ financial profiles during FY19. The FY19 net leverage (defined by adjusted net debt/operating EBITDAR) of IOC weakened to 3.0x (FY18: 2.0x), while we estimate BPCL’s (including joint venture Bharat Oman Refineries Limited on a proportionately consolidated basis) rose to over 2.5x (FY18: 2.2x) and that of HPCL (including joint venture HPCL-Mittal Energy Limited on a proportionately consolidated basis) increased to 2.4x (FY18: 2.1x). HPCL benefitted from higher marketing margins and volumes, which drove its relatively better performance during FY19.

We expect marketing margins to remain resilient in FY20 given Fitch’s crude oil price assumptions. We also believe potential policy risks relating to fuel price controls will ease in the near term following the completion of national elections in May 2019.

We expect refining margins to stay soft during FY20 due to increasing supply from rising refining capacity, primarily led by China, affecting product spreads. A new marine-fuel regulation from January 2020 by the International Maritime Organization is likely to lead to a shift in the product slate of refiners towards more low-sulphur fuel oil or diesel, increasing the crack spreads of such products. However, this could be counterbalanced by the narrower spreads of other fuels, and the discontinuation of crude oil imports from Iran, which offered attractive price options for Indian refiners. The narrowing price differential between light and heavy crude is also leading to the highly complex refineries of IOC at Paradip and BPCL at Kochi processing a sub-optimal crude slate, which could affect their margins to a limited extent in the near term.

However, OMCs, particularly IOC and BPCL, continue to face risks from higher shareholder returns, which together with our expectations of lower margins and their ongoing high capex, may result in further modest weakening of their credit metrics. IOC and BPCL will continue to have adequate headroom in their ‘bb+’ standalone credit profiles. On the other hand, HPCL has comparatively limited headroom in its current standalone credit profile of ‘bb’, which may be lowered if net leverage exceeds 4.0x though it does not have shareholder return pressure. Unlike its peers IOC and BPCL, which are directly owned by the state, HPCL’s largest shareholder is the state-owned Oil and Natural Gas Corporation Limited.