In another terror attack in Kishtwar, J&K, terrorists on Tuesday attacked RSS leader Chandrakant Sharma inside a hospital, where. Sharma worked as medical assistant.

Sharma later succumbed to his injuries. His security guard, a J&K police officer, has been martyred in this terror attack. 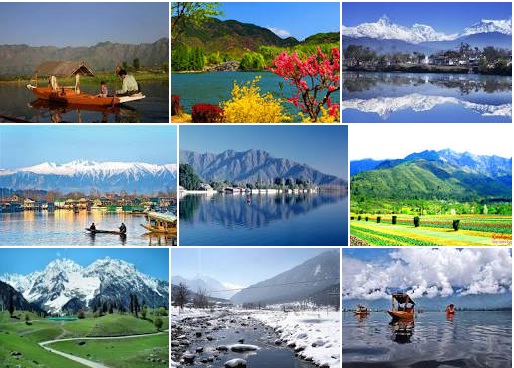 Leaders like National Conference Chief Farooq Abdullah, his son Omar Abdullah, and People’s Democratic Party (PDP) president Mehbooba Mufti – all of them former Chief Ministers of Jammu and Kashmir – today dropped their masks completely and took a common posture that complements the secessionist groups and those associated with the Hurriyat movement after BJP released its ‘Sankalp Patra’ (election manifesto 2019) promising to scrap Article 370 that grants special autonomous status to Jammu and Kashmir and Article 35A that guarantees special rights and privileges to the citizens of the state.

Mehbooba Mufti has gone to the extent of retorting that the “Indian occupation of Kashmir” will become “illegal occupation” if Article 370 and Article 35A get scrapped. In a TV interview, she has also said “it is my warning to the BJP that they should stop playing with fire. Jammu and Kashmir sits on powder keg. If you hurl a spark, there will be no Jammu and kashmir and no Hindustan. If you do away with Article 370, Jammu and Kashmir will also get freedom (from India)”.

Senior Abdullah, was in a belligerant mood today. “They talk of abrogating Article 370. If they do that, the accession (of J&K) will also get nullified. I swear by Allah, I think this is the wish of the Almighty. We will get freedom from them”, he said from a public platform.

“They think they will bring outsiders and settle them in Kashmir to reduce our numbers. We will face the situation, In shāʾ Allāh. I swear upon Allah. It must be Allah’s wish. We will attain freedom.” – National Conference Chief Farooq Abdullah

Amar Abdullah also threw a direct challenge to “Modi sahab and Amit Shah” (Prime Minister and the BJP President) on this issue.

When terrorists from across the border or the home grown terrorists and jehadi elements have targeted Indian troops or military installations, not even an iota of this belligerance has surfaced even remotely when it comes to these leaders. They remained pathetically silent, when the Kashmiri Hindus were hounded, raided and driven out of their homes by terrorists and the secessionist forces to meet the objective of ethnic cleansing. These leaders never raised the demand for the return of the Kashmiri Hindus, who have become refugees in their own country.

The one voice in which these leaders are now crying hoarse makes explicit that they are hand in glove with the terror outfits operating from Pakistan and the secessionist elements who want another partition of India on religious grounds. Who is going to tell them that India chose to be a Secular, Sovereign Republic when those advocating the two nation theory managed to partition the nation and create the the Islamic Republic of Pakistan. The two nation theory was the founding principle of the Pakistan Movement and the partition of India. Partition saw the displacement of about 15 million people who crossed the borders. Violence and slaughter at the time of partition resulted in the massacre of hundreds of thousand who were caught in the two-way migration. Any demand for secession on religious grounds now could fan unrest in the country. What will happen if the situation goes out of hand in case there is a build up of demand that the majority religion be declared the official religion of India. Wonder if any one has thought of such a possibility and its consequences. The Jammu and Kashmir leaders should realize that ours is an inclusive society and the Indian citizens, cutting across regional and religious lines, who believe in values of secularism and co-existence, should have equal rights and opportunity when it comes to settling in any part of the country. It is high time the nation gives up the whole idea of special status to Jammu and Kashmir. They should know that winning hearts is not a one way traffic.