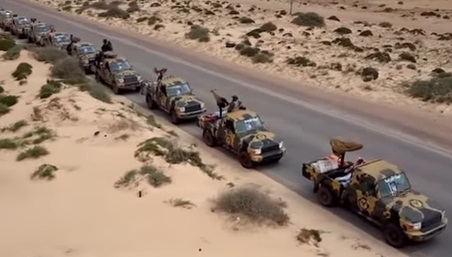 Washington/Tripoli: The US Secretary of State Michael R Pompeo has said in a statement that it has been made clear by the US that it opposes the military offensive by Khalifa Haftar’s forces and has urged the immediate halt to these military operations against the Libyan capital.

The US has taken the stand that forces should return to status quo ante positions and that the involved parties have a responsibility to urgently de-escalate the situation, as the UN Security Council and G7 ministers emphasized on April 5. The unilateral military campaign against Tripoli is endangering civilians and undermining prospects for a better future for all Libyans, it has been pointed out.

Pompeo has underscored that there is no military solution to the Libya conflict. This is why the United States continues to press Libyan leaders, together with our international partners, to return to political negotiations mediated by UN Special Representative of the Secretary-General Ghassan Salame. A political solution is the only way to unify the country and provide a plan for security, stability, and prosperity for all Libyans.

Since the beginning of this year, the Eastern military forces led by General Haftar have taken over territories in the South and since Thursday they have moved North threatening to retake Tripoli, the Libyan capital.