Bhopal: The Railway Protection Force (RPF) has recently taken cognizance of damage caused to the overhead equipment used by trains to collect their current, due to blasting for a third railway line being laid by Rail Vikas Nigam Limited (RVNL) through the Ratapani Wildlife Sanctaury, an important tiger habitat near Bhopal, the capital of the central Indian State of Madhya Pradesh.

On Delhi-Chennai route, the Bhopal-Itarsi section is extremely congested. This problem is most critical in the morning and evening hours when most of the mail/express long distance trains cross Bhopal.

The Barkhera – Budhni project area under this project lies in Raisen and Sehore Districts of Madhya Pradesh, between N22.90 – N22.77 and E77.50 – E77.71 (Lat/Long). The entire length of the alignment for this project falls in the Vindhyanchal range in the Deccan plateau with steep Ghat area and an undulating topography. A considerable part of alignment for the third line passes through the core area of Ratapani Wildlife Sanctuary Reserve and remaining alignment is in a zone of 10 km from the Ratapani Wildlife Reserve.

Ratapani is an eco-fragile zone. This tiger habitat is cut across by National Highway 69 that connects Bhopal with Nagpur. Besides the railway central link connecting North and South India, there is also the high tension electricity line and the Narmada pipeline (for providing drinking water to the Bhopal residents) that passes through this habitat.

When contacted, Madhya Pradesh Chief Wildlife Warden Shahbaz Ahmad said that blasting becomes necessary to lay down the railway track in such a terrain. According to him, permission had been granted for a third railway line but it will have to be confirmed whether or not the railway authorities had the necessary approval under the Wildlife (Protection) Act, 1972 to go ahead with blasting of earth in the Ratapani Sanctuary.

Under the law, even though Railways is exempt from the requirements of obtaining Environmental clearances. (page 20/64 RVNL’s Alignment Report Budhni-Barkhera Section July 2015), the construction activities inside the Wildlife Reserve Forest  have to be managed as per the Wildlife (Protection) Act. Permission is especially needed to carry out blasting due to complete restriction on the use of explosives inside Wildlife Reserve Forest. Besides, approval is also required for use of existing forest roads and also for construction of new access roads inside the forest area.

Ratapani is a typical riparian zone

Ratapani is a prime riparian zone and an excellent transitional area between land and water bordering the Narmada River and its tributaries, including the Kolar river and the Gadaria Nullah. Development is imperative. Laying of railway lines and other developmental activities, including the building of additional railway tracks and widening of roads, cannot be stopped. But, at the same time, it is also important to carry out wildlife impact assessment and ensure that mitigation measures are taken up on priority. It has been noted that seriousness on this count is greatly missing. 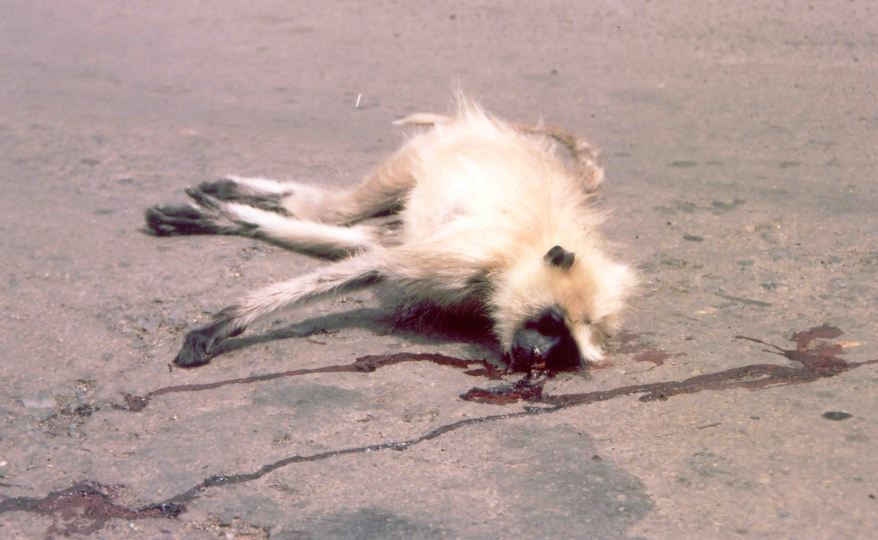 Wildlife strata should be disturbance-free. It has to be borne in mind that blasting earth disturbs the forest surface. With the very first blasting, wild species are bound to leave the area and would not return for decades even if mitigation measures are in place.

Matters get compounded by the tendency to leave behind boulders with zero initiative to reclaim soil and natural flora under a dynamic mitigation regime. This has been the case with the ambitious Narmada pipeline laid about 10 years ago. Along this pipeline, one can still see large quantities of boulders scattered all over, especially near Budhni not far from Bhopal.

Nocturnal wildlife species like tigers, leopards and hyenas face immense threat when railway tracks or roads pass through their corridor or habitat.  The Gadaria river is a drinking water source for wildlife in the Ratapani habitat. It has the highway and the Narmada pipeline on one side and the railway lines on the other. For unhindered migration of wildlife and to allow wild animals to reach the water holes in the vicinity of railway tracks or roads, there have to be underpasses and the adjoining area has to be fenced to control the movement of wildlife and ensure the wild species that get blinded by the beam of light from a train or a moving vehicle are not knocked down. There are a number of underpasses but the fencing is vastly missing in Ratapani.

Confronted with the situation in Ratapani, one can draw an analogy with Madhav National Park. Fourteen years ago, the Supreme Court of India had issued notice to Reliance Telecom Ltd (RTL) and followed it up by imposing a fine for not seeking permission to lay fibre optic cables in Madhav National Park.

In the present scenario, the Railway Board should take the initiative, hire the services of experts and go for a comprehensive wildlife impact assessment so essential to pave the way for mitigation planning and implementation wherever railway tracks have been laid or were being laid in Protected Areas (PAs).