Floods and devastation: Where lies the solution

Kerala has been devastated by the worst floods in nearly a century. At  least 350 people have died while 100,000 others have been rescued or evacuated. The impact of flooding can be gauged from the fact that during this monsoon, 35 of the 42 dams in the state had been opened for the first time and the impact was felt across all 14 revenue districts of Kerala.

In the aftermath of the Kerala floods, reams and reams of newsprint would be printed and a lot would be written by experts to keep the people informed about different aspects of the Kerala floods. There would be an endless debate on TV between environmentalists and the crusaders for social justice on the flood fury in “God’s own country”. But the long story can be cut short and one does not have to go very far to seek what’s at the root of the present crisis. One only has to access the report of the Western Ghats Ecology Expert Panel (WGEEP) chaired by Madhav Gadgil. The report sums up the situation comprehensively by pointing out that the encroachment and occupation of forest land in Wayanad and other areas with abundant forest and wasteland by a large population that migrated from southern Kerala in the second half of the last century is a major contributory factor.

The entire nation and the world is witness to the Kerala disaster. The factors responsible for the floods are not restricted to Kerala alone. The floods have caused havoc in Kerala mainly due to the geographical characteristics of this State located on the slopes and the undulating surfaces of the Western Ghats. There are 44 rivers in Kerala. Forty-one of these originate in the Western Ghats. When there was heavy rain, too much water flowed into the rivers in too short a time due to the extremely fragile ecology and because of the reduced carrying capacity of rivers as a result of excessive silting, Kerala had to go through the worst rain-fed disaster.

People in general are not realizing that the ecological stability is going down at a drastic pace in other parts of the country as well. It is a major cause for concern, the way  large forest area has got degraded in so many parts of the country. A case in point is the central Indian Highlands or the Vindhya-Satpura-Maikal landscape that forms a gigantic watershed and charges not only the Narmada and its tributaries but also the rivers in at least 10 States. In the process, when our forests that hold water when it rains and releases it gradually to charge our rives and ground water, are threatened by encroachment and biotic pressure, we have flash floods and then drought conditions with rivers running dry most of the year.

Government of India figures show that about 2,88,000 sq. Kms. degraded forest land is available in the country and the draft National Forest Policy has indicated the option of opening of degraded forest areas to the plantation industry.

The present budget allocation to forestry allocation is approximately Rs. 3,000 Crore, including State Plans, Central Plan, CAMPA, Wildlife Sector, Externally Aided Projects. If the 2,88,000 sq. Kms. of degraded forest land that has  not been afforested for decades was to be brought under forestry activity, it would require additional budget of more than Rs. 6 lakh crore.

When asked to comment on the status of forests and their management, Ravindra Nath Saxena, IFS (Retd), a former Principal Chief Conservator of Forests remarked: “The working plan prescriptions are not being implemented in the “essence and spirit”; so is the case with non-implementation of soil moisture conservation measures”.

Reflecting on a recent trip to Mussoorie and Dhanolty (altitude 8100 – 8200 feet above MSL), Saxena said, there he saw large-scale drying (may not be leading to death) of Oaks (Quercus alba, Q. delibata and one more species) and adverse impact on Deodar and associated forest species. The entire landscape has dried down with great moisture stress. “Even I saw some tributaries of Holy Ganges drying down at Rishikesh. The situation is becoming grim day by day. There are warning signals in many forms but we humans are not ready to perceive those signals and act in a wise manner”, he opined.

In terms of solution, Saxena’s advice is that the country should adopt a policy of “Production Forests” by allocating 10% of forest area, say 62,000 sq. kms. This high productivity area could be worked through public sector, private sector and joint-sector companies. To begin with about 50,000 to 60,000 hectares of degraded forest land can be considered for allocation, he said.

This activity will generate massive, consistent employment to rural communities. Also enhance grass and forage production in the country, leading to the development of dairy and animal husbandry sectors.

Patanjali Jha, Principal Commissioner Income Tax at Bhopal, a 1986 batch Indian Revenue Service Officer and alumnus of Delhi School of Economics, is a visionary, who is deeply concerned about the fragile environment. He says the clock is ticking and it is an emergency. If we do not wake up to the threat posed by modern agricultural practices that involve reckless tilling, excessive use of pesticides, hybrid seeds, and chemical fertilisers, we are bound to be doomed, he said on a grim note adding agriculture in its modern form cannot be sustained in terms of economy of production without meeting the galloping demand for irrigation and electricity, besides public subsidy and government support in the form of minimum support price. More and more farmers, including marginal farmers, who were following the traditonal rain-fed single crop pattern are now being sucked in. They are being encouraged to follow modern agricultural practices revolving around rabi, kharif and cash crops. The emerging pattern is adding to the phenomenon that’s damaging the soil quality, besides there are all other associated drawbacks. Also, what’s being produced, by and large, by the farm sector and consumed by the people is threatening human health in geometric proportions.

As an answer to the whole gamut of problems associated with modern agricultural practices, Patanjali has adopted vertical farming on his farm near the Narmada river at Khalghat in Madhya Pradesh.

At Vanya, his farm, Patanjali has gone in for ultra-high density with native trees surrounded by vetiver grass. His mantra is “let’s go vertical”. What’s typical about his vertical farm is that it is a multi-layered, multi-species farming system, charatcterised by tree crops, including Moringa, Mango, Tamarind, Amla, Papaya, Banana. Ber (Indian jujube), Guava, Indian Gooseberry and a variety of flowering plants like Pink Pepper that flowers twice in a year and this ensures bees have food for the entire year. Explaining more about the layout of the vertical farm, Patanjali said the first layer has Neem tree as wind breaker, in the second layer is Moringa and fruit bearing trees like Lemon and guava, the third layer has Vetiver and Pigeon Pea (Toor Dal) and the fourth layer comprises of Turmeric and Aloe Vera

The tall Moringa trees stand out at Vanya. They allow sunlight to filter and pass through its leaves. Moringa provides nutrients, vitamins, and minerals our bodies need in ample measure. Once the shade of these trees increases, the Vetiver undergrowth is removed when it grows tall for another forest, and the vacated area is replaced with Yam (Suran or elephant foot) that grows under the shade. It fixes Nitrogen in the soil and also has the potential to fix human health.

Yam, if eaten as chokha (a popular dish from Bihar), one would never get cancer. It is both prevention and cure against cancer as it has niacin, ruffage etc. It can particularly contribute to preventing colon, breast, and ovarian cancer. Yam builds the immune system and is tonic for liver and a blood thinner. Besides, it turns the human body alkaline, claims Patanjali adding one can get strips online for checking the body type to find out whether one is acidic or alkaline before and after one starts eating chokha. Chokha is mashed yam boiled and mixed with black mustard, lots of lemon juice, ginger and whatever else one may want.

Patanjali is in a mission mode. He suggests regular intake of guduchi, turmeric with pepper and Raw moringa, honey and yam for perfect health and a robust immune system. These should come from no-till vertical farms, he categorically emphasises. 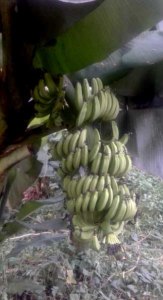 Vertical farming or Rishi Kheti, according to Patanjali, can change farmers’ situation and also protect the mother earth. With ethanol thrown in and money saved on pesticides and the huge subsidy especially on chemical fertilisers, there can be a sea change and the alternative farming practice would help in empowering the farmers and generating employment both in the vertical farms and allied sectors.

When the forests in the catchment of our rivers are getting destroyed or depleted at a rapid pace, Patanjali’s message is that vertical farms are the only solution. His recipe is simple, even if 10,000 people in each country, especially countries like India, Brazil, Mexico, and Indonesia go for vertical farms, 20 acres on an average, it would lead to drastic drop in temperature ranging anywhere between 5 to 10 degrees in those areas as the Sun’s rays would get absorbed by the grass and other vegetation instead of bouncing back into the atmosphere.  In this setting, Vetiver would also help in a major way by recharging ground water and so there would be plenty of water. The bountiful crop from “no-till agriculture” would add to the well being and improvement in the quality of life of not only the farmers but people across the board. The health benefits would be immense, reducing the cost of health care, both at the macro and micro level. The cascading effect of all this will benefit human kind and go a long way towards meeting the Sustainable Development Goals (SDGs), or the Global Goals, Patanjali emphasises.