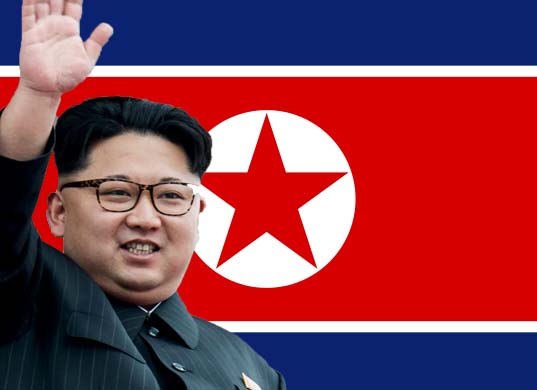 The statement of Chinese Defence spokesman Ren Guoqiang to indicate that China will take the “necessary measures” to safeguard national security in the event of the collapse of the neighbouring North Korean regime (South China Morning Post, February 23, 2017), clearly proves the extent to which China has been supporting North Korea as its ‘Frontline state”, and how far it can go to help it, in case the recent crisis of alleged assassination of North Korean leader Kim Jong-un’s half-brother Kim Jong-nam, showing alleged North Korean connections and use of banned nerve agent VX, flares up to threaten the stability of North Korea.

This concept of North Korea being used as a ‘Frontline state’ against US and its ally South Korea, dates back to Korean War, when China entered the War with an aim to avoid US/South Korea to be its neighbor, as a permanent military threat.

Earlier this month the renewed missile test besides isolating Pyongyang, has put China in Tight spot, for not putting enough pressure on them. China’s announcement last week to suspend all imports of coal from North Korea for the rest of the year, to deprive them financially (Coal exports makes up about 35 percent of North Korea’s economy. 90 percent of its trade is with China which is based on coal export) is being viewed as ‘Too little and too late’ because it is also estimated that China’s trade with North Korea has increased tenfold over last 15 years, including some major infrastructure projects, despite China claiming to support UN sanctions, and opposing nuclear tests by North Korea .North Korea continued nuclear misadventure, and despite China being party to UN Resolution is being looked upon to put more pressure on them, being their economic lifeline. The continuation of nuclear adventure by North Korea means either China does not have enough leverage on North Korea, or China is deliberately not putting pressure on them, to use them as front line state against influential zone of US including South Korea. Now China is also worried about deployment of THAAD in South Korea, after reassurance by General Mattis, the Secretary of Defence in Trump Administration, during his visit, arguing that the system could be used to spy on Chinese missile flight tests, hence some actions against North Korea are in sight.

Why North Korea continues Nuclear Misadventure and acts like alleged assassination of people closer to Hierarchy?

Washington Post in its article “These 5 things help make sense of North Korea’s nuclear tests and missile launch” had brought out five basic reasons, as possible logic for nuclear misadventure by repeated nuclear tests in Southeast Asia. Basically it all amounts to Kim Jong-un trying to retain unhindered autocratic use power, and demonstrating his strength to his countrymen, keeping his ‘Nuclear program’, and ‘Hate America tag’ as a rallying point for his leadership, generating faith in him, and generating spirit of nationalism and anti-American sentiments. The alleged assassination is also being linked to a possibility of eliminating any future contender for power as media reports of last two days suspect a link up with North Korean intelligence agency RGB. The non-cooperation of their diplomats in investigation to an extent that Malaysia said on Saturday it would issue an arrest warrant for a North Korean diplomat wanted for questioning over the murder of Kim Jong-nam, if he doesn’t voluntarily cooperate with the police (SCMP, February 24). If these allegations get proved, it might have a backlash and internal disturbance in North Korea.

Applying the same logic as applicable to North Korea, China finds an ‘All weather Friend in Pakistan’ which can be used as a ‘Frontline State’ to keep Indian Army engaged, without getting directly involved. It can be used for warm water access through CPEC, and most importantly, attempt to deny the strategic space of Pakistan to US by making it a ‘Frontline State’, although this may not be that easy as Pakistan has some critical dependencies on US and so far Pakistan has been able to calibrate its relations with both, getting the best from both, although the balance is now tilting in favour of China.

Why Pakistan continues to dream Kashmir?

I wish to draw a similarity of this model towards Pakistan Army’s logic to continue to be the strongest power-centre, using Kashmir Issue as a rallying point, and perceived Indian threat, as a logic for holding the reins of power, even if a notional democratic Civil Government is in place. The numbers of military coups in Pakistan bear a testimony to that. In Pakistan every political party has to toe the line of the Army to have Kashmir as an agenda, and use it as a rallying point to muster votes and support, besides remaining in good books of the Pakistan Army. Today neither US nor China can put enough pressure on Pakistan to move away from this narrative, as they know that it is fully engrained into their DNA.

The agenda of Kashmir is being misused to generate the spirit of perceived nationalism, and arouse anti-India sentiments, even if it amounts to misadventures like proxy war, helping terrorists, creating stockpile of tactical nuclear weapons, continued missile tests, and having an ambition of having the largest nuclear arsenal in South Asia. Despite such similarity in these models of North Korea and Pakistan, it is surprising that the whole world rightly criticises North Korea, but not many eyebrows are raised on aiding Pakistan, although the risk of tactical nuclear/dirty bomb sneaking to militants are much more from Pakistan. Apparently its geographical location, strategic importance, usability and amenability to major powers helps in overlooking a grave eminent danger of militancy.

One of the Takeaways’ for India is that with two nuclear powers on its flanks, India should also build a THAAD system of the capability matching the system which South Korea and Japan are trying to install. We need to look way beyond the existing systems, which will take time and the clock is already clicking. Secondly, with CPEC in progress the stakes of China in Pakistan are increasing manifold, hence in future clashes, China may not remain as neutral as it has been in past.