There is no need for reservation for those who have talent: Shivraj Singh Chouhan 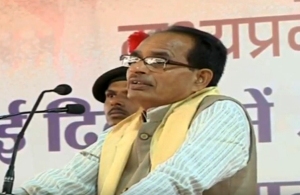 Bhopal: Madhya Pradesh chief minister Chief Minister Shivraj Singh Chouhan today stated categorically that there is no need for reservation for those who have talent.

The Chief Minister, who honoured and presented trophies to NCC cadets at a special function at his residence here today, was answering a pointed query by a journalist. He was asked whether the State Government will take the initiative of announcing reservation in jobs for NCC cadets. Chief Minister said it is not proper to link reservation with everything, If there is talent, there is no need for reservation, he went on to underscore.