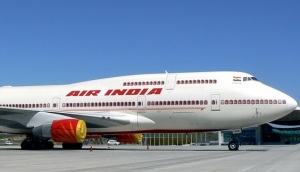 New Delhi: After the CBI had registered a case of cheating and corruption a few days ago against officials of Air India, a German Software company and another company of USA for giving a Rs.225 Crores software contract, the present chairman and Managing Director of Air India Ashwani Lohani wrote on facebook: “Tendering has with passage of time emerged as the biggest hurdle in sarkari (Government) organizations. Fear grips the minds of those involved in it for even a slightest deviation even if helpful or carried out in the interest of the organization can land people in a soup and there are cases galore in all organizations. When shall we start accepting the supremacy of deliverance and modify the tendering processes.”

After a few days, Lohani again observed: “In my incessant interactions with my men, latest being today, it is becoming increasingly evident that the fear of taking decisions and then making a mistake or being judged wrongly in hindsight is for real. The fear including that of vigilance is like an overarching shadow of threat looming almost always. Have to build a culture where men are fearless in taking decisions, decisions that are taken with the right intent, results notwithstanding. After all there are no guarantees more so in commercial decision making nor everything can have a quantifiable advance justification.”

Six years after Air India, went ahead with its turnaround Plan and signed an agreement with SAP and IBM on January 6, 2011 and gave a Rs 255-crore SAP Enterprise Resource Planning (ERP) implementation contract to IBM for five years, the Central Bureau of Investigation (CBI) earlier this month (January 13, 2017) registered a case against “unknown officials” of Air India, German Software company SAP and IBM of USA for cheating and corruption. The case has been registered under Section 120B read with 420 of IPC and section 13(2) read with 13(1)(d) of Prevention of Corruption Act 1988 on a reference from Central Vigilance Commission.

The allegations are regarding improper procurement of software for Rs.225 Crores by Air India. This matter had earlier been probed by CVO, Air India who in his report to CVC had found a number of irregularities in this procurement.

The total cost of software, hardware and maintenance for five years along with tax for this contract was Rs 255 crore. Arvind Jadhav was the chairman and managing director of Air India when the award was formalised.

In 2015, CVC had redflagged Air India and questioned the Rs 255-crore SAP enterprise resource planning (ERP) implementation contract on a nomination basis without inviting tenders. Eyebrows were also raised in official circles over the speed at which the airline Board had cleared the proposal.

According to a SAP investor report, SAP ERP – The SAP ERP application is designed to optimize business and IT processes by reducing IT complexity, increasing adaptability, and delivering more IT value at a lower cost than traditional ERP solutions. It can support mission-critical, end-to-end business processes for finance, human capital management, asset management, sales, procurement, and other essential corporate functions.