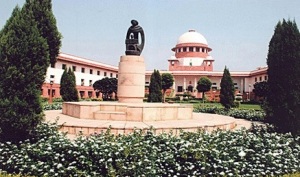 New Delhi: The much awaited hearing in the Reservation in Promotion case, that deals with an issue that has left a huge adverse impact on the majority of government employees and officers belonging to the general category, other backward classes (OBCs) and minorities in Madhya Pradesh, today again got deferred till December 14.

A strong plea was made in the apex court today on behalf of the petitioner (Madhya Pradesh Government) to advance the date for hearing in this case as senior lawyer Harish Salve and the Attorney General were unable to appear in court. However there was stiff opposition to this from lawyers representing the respondents. The Supreme Court bench then put the Reservation in Promotion case at no 19 for being heard today itself. But as only 15 cases could be taken up during the day, this case has now been listed for hearing on December 14.

The hearing in this case filed by the Madhya Pradesh Government was initially listed in the Supreme Court Weekly List No. 23 of 2016 for 21 and 22 September but it did not come up for hearing then as all matters listed before the Bench comprising Justice J. Chelameswar and Justice Abhay Manohar Sapre had stood adjourned at that stage due to the non-availability of Mr. Justice J. Chelameswar.

The case was then listed for hearing on November 8. On the scheduled date of hearing, the Apex Court rejected the State Government’s request for three week’s time to file a rejoinder and listed the case for next hreaing on November 23.

It was understood that if the hearing on November 23 remained inconclusive, the case was to come up for further hearing on 24 November.

Even at that stage it was clear that the State Government had adopted the strategy to delay the matter the fact notwithstanding that promotions were held up across government departments in Madhya Pradesh.

As the reservation in promotion case could not be heard on November 24 due to other cases still being heard, it was listed for November 30. That day once again, the Madhya Pradesh Government tried to delay the hearing in this crucial case and filed an application in the apex court urging that the case be taken up for hearing in January next year. But due to opposition from the lawyers representing the general category employees, the court refused to grant additIonal time and fixed December 7 for hearing in this case.

The apex court earlier in May this year had stayed the Madhya Pradesh High Court order that struck down Madhya Pradesh provision for reservation in promotions in state government departments for those belonging to the Scheduled Caste and Schedules Tribe (SC/ST) category.

The Madhya Pradesh High Court on April 30 this year had given a judgment on the issue of reservation in promotions (in government service) for the SC/ST category by declaring as ultra vires and non-est in law the existing provision relating to reservation, backlog, vacancies, carry forward of backlog vacancies carry forward of backlog vacancies and the operation of roster, contained in the Madhya Pradesh Rules of 2002.

The order passed by the High Court bench, comprising of Chief Justice A.M. Khanwilkar and Justice Sanjay Yadav, categorically pointed out that various promotions of SCs/STs category made on the basis of the Rules of 2002 are held to be nonest in the eyes of law and the persons be placed in the position as if the said Rules (i.e. the Rules which are declared ultra vires) never existed and all actions taken in furtherance thereof must be reverted to status quo ante.

Earlier during the hearing in the Jabalpur High Court, it was underscored by the petitioners’ lawyer who submitted that, though Articles 16(4A) and 16(4B) of the Constitution of India enables the State to make provisions facilitating reservation in favour of Scheduled Castes and Scheduled Tribes in promotion but the same being enabling provisions, the State is under the constitutional obligation to fulfil the stipulations contained in clauses (4A) and (4B) of Article 16 and Article 335 of the Constitution and as interpreted vide judicial pronouncement by the Constitutional Bench in M. Nagaraj. And, as mandated in Uttar Pradesh Power Corporation Limited v. Rajesh Kumar (2012) 7 SCC 1 that, even in case of Rules of 2002, though brought in vogue at pre M. Nagaraj stage, fresh exercise of collecting quantifiable data justifying reservation in terms of parameters of efficiency, backwardness and inadequacy of representation in particular class or classes of posts having not taken recourse to, and the Rules of 2002 being not in consonance with the provisions of clauses (4A) and (4B) of Article 16 read with Article 335 of the Constitution has rendered itself unworkable and therefore, deserves to be declared ultra vires Constitution. [for reference read]