Home › India › Bhopal gas disaster: Collector and SP to be booked after 3 decades

Bhopal gas disaster: Collector and SP to be booked after 3 decades 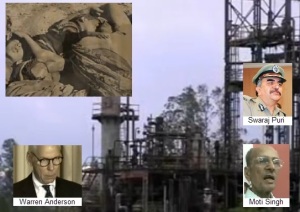 Bhopal: A trial court in the State capital has ordered that a case be filed against the then Bhopal collector and Superintendent of Police for letting prime accused and the then Union Carbide chairman Warren Anderson flee the country immediately after the 1984 Bhopal gas disaster.

The then Bhopal Collector Moti Singh and SP Swaraj Puri, who later rose to become the State Director General of Police, have been asked to appear in court on December 8.